MORPH: HENDRA 'BLANKON' PRIYADHANI
蛻變: 亨德拉‧普瑞亞哈尼
12 - 15 July 2018
Taipei Songshan Cultural & Creative Park
‍
Whimsical and innovative, Indonesian artist Hendra ‘Blankon’ Priyadhani toys with one’s sense of nostalgia, with his play on found objects. Wandering through the streets of Yogyakarta, Priyadhani hunts for discarded materials that once had functionality and sentimental values. In turn, he breathes new life into these abandoned objects by reassembling and juxtaposing seemingly incongruous elements into dynamic and surreal compositions.

Morph features three exemplary works of Priyadhani that capture both his acute formal sensibility towards three-dimensional assemblage, and his consciousness of being both an Indonesian and Southeast Asian artist.

Formally trained as a printmaker, Priyadhani embarked on the three-dimensional series with two-dimensional techniques in mind. Carefully chosen household objects that beat distinctive cultural and historical nuances are assembled mindfully and aesthetically, to create three-dimensional collages. In War is Over…Here, the figurines, plates and porcelain tiles are layered and choreographed to portray various scenes. The cookie tins bearing Dutch and Chinese motifs that signify Indonesia’s colonial past and the influx of Chinese settlements, are hollowed out to frame different scenes. These familiar objects have their prior function and meaning obliterated, entering a time capsule imbued with colours and dynamic overlays, transforming into a cultural palimpsest.

More subdued in terms of color but even more imaginative in its formal manipulation, Walk the Line and Wall Peace 1 & 2 emerge from Priyadhani’s later three-dimensional oeuvre. The figurines in both sculptures are amalgamated into fantastical military paraphernalia and then coated monochromatically to achieve uniformity and harmony. Terracotta is used in the former work as Priyadhani’s homage to gerabah (a Javanese earthware-making tradition) while dark blue is used in the latter work to signify peacefulness. Priyadhani further plays with symbolism through the recurring image of birds, lions and menjangan (Javanese deer) that signify peace, courage and wisdom. These symbolical figurines are then dissected and fused with other selected items, creating out-of-the-world creatures and objects.

Despite their boisterous and bizarre compositions, Priyadhani’s sculptures form a medley of celebrations in diversity. Walk the Line and Wall Peace became physical manifestations of both Priyadhani’s ideals and critiques in today’s indifferent and divided society. With an irresistibly imaginative mind and critical responses to both historical and contemporary issues prevalent today, Priyadhani is indeed one of the most original artists of his generation – a true maverick. 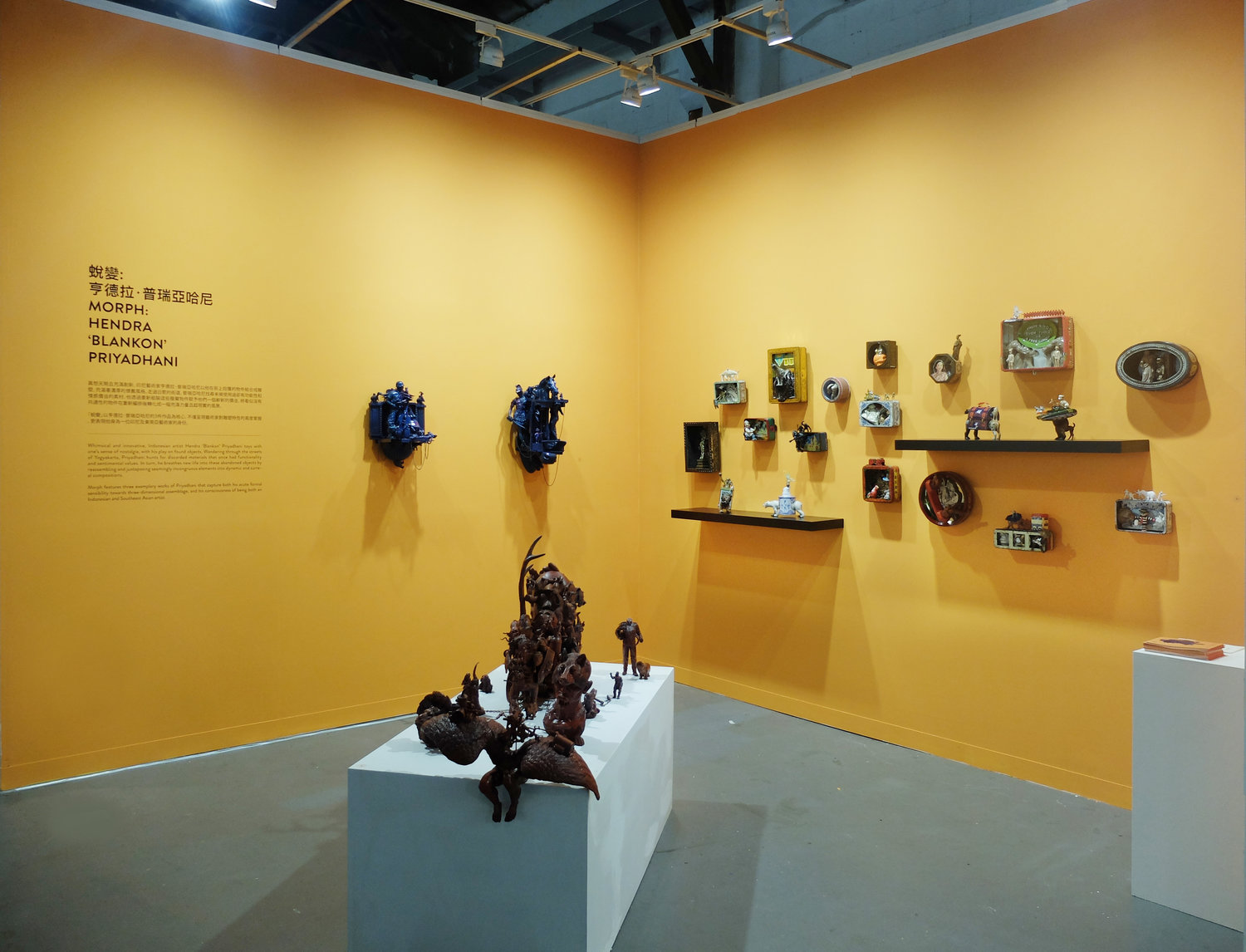 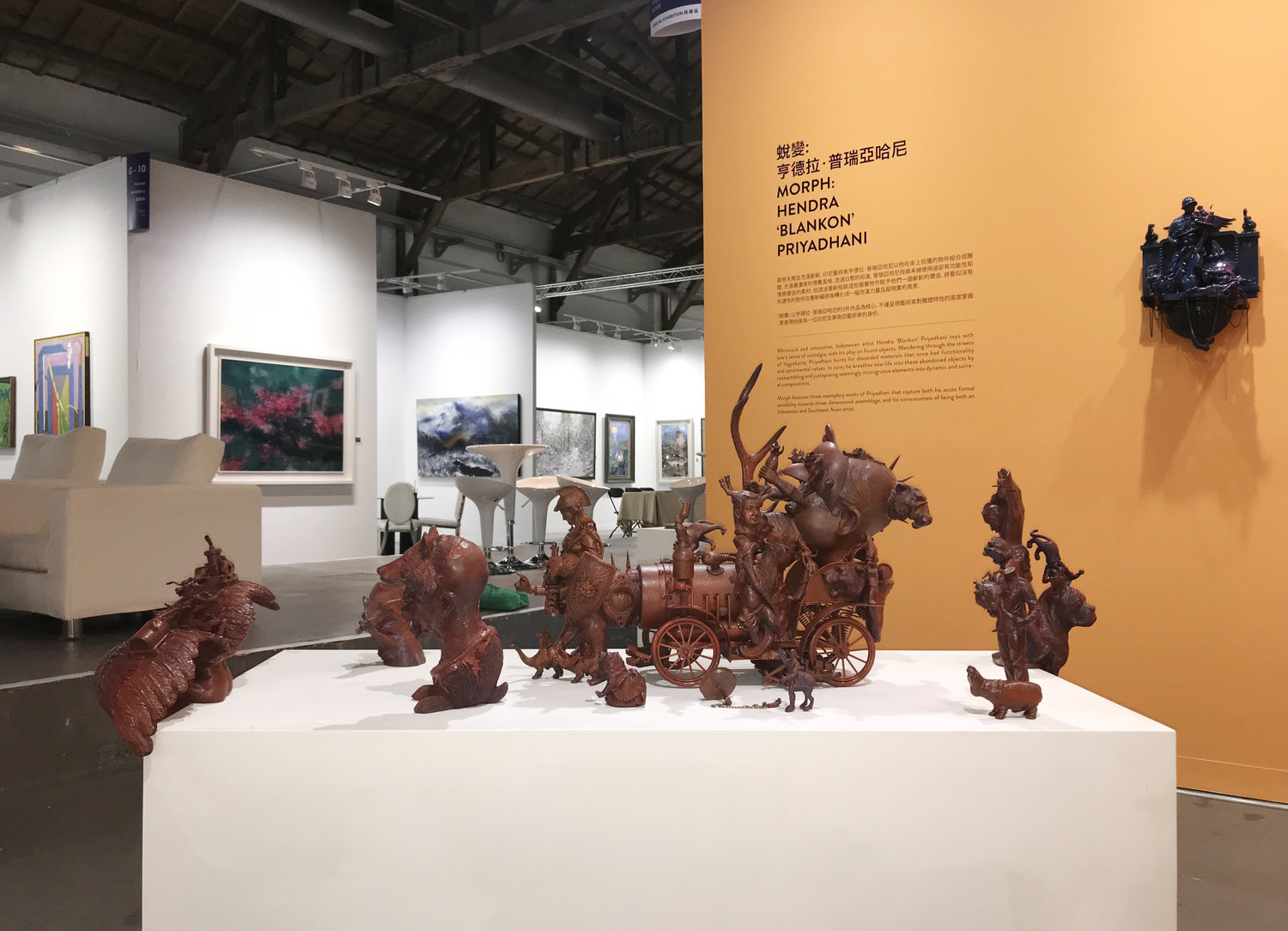 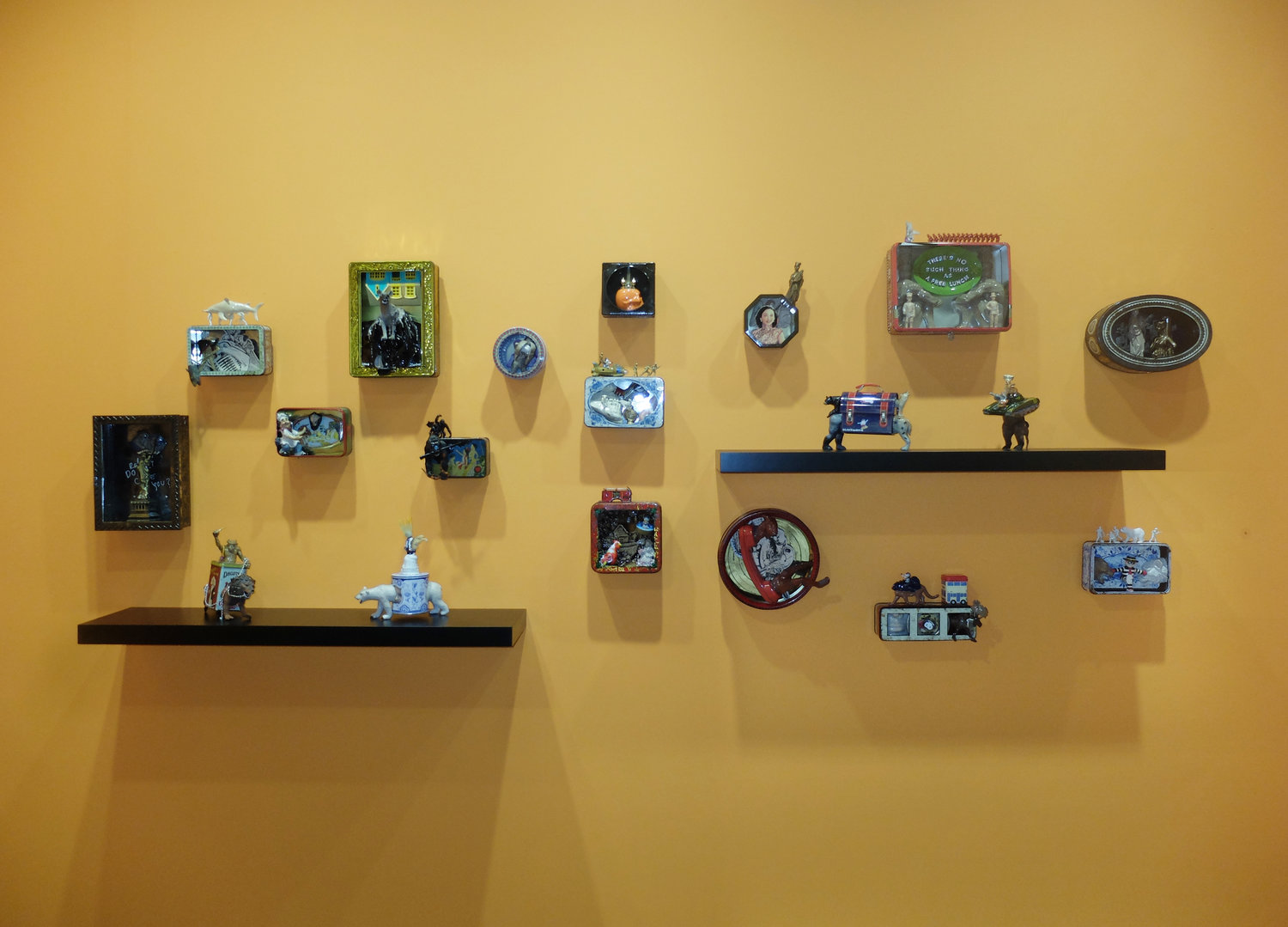 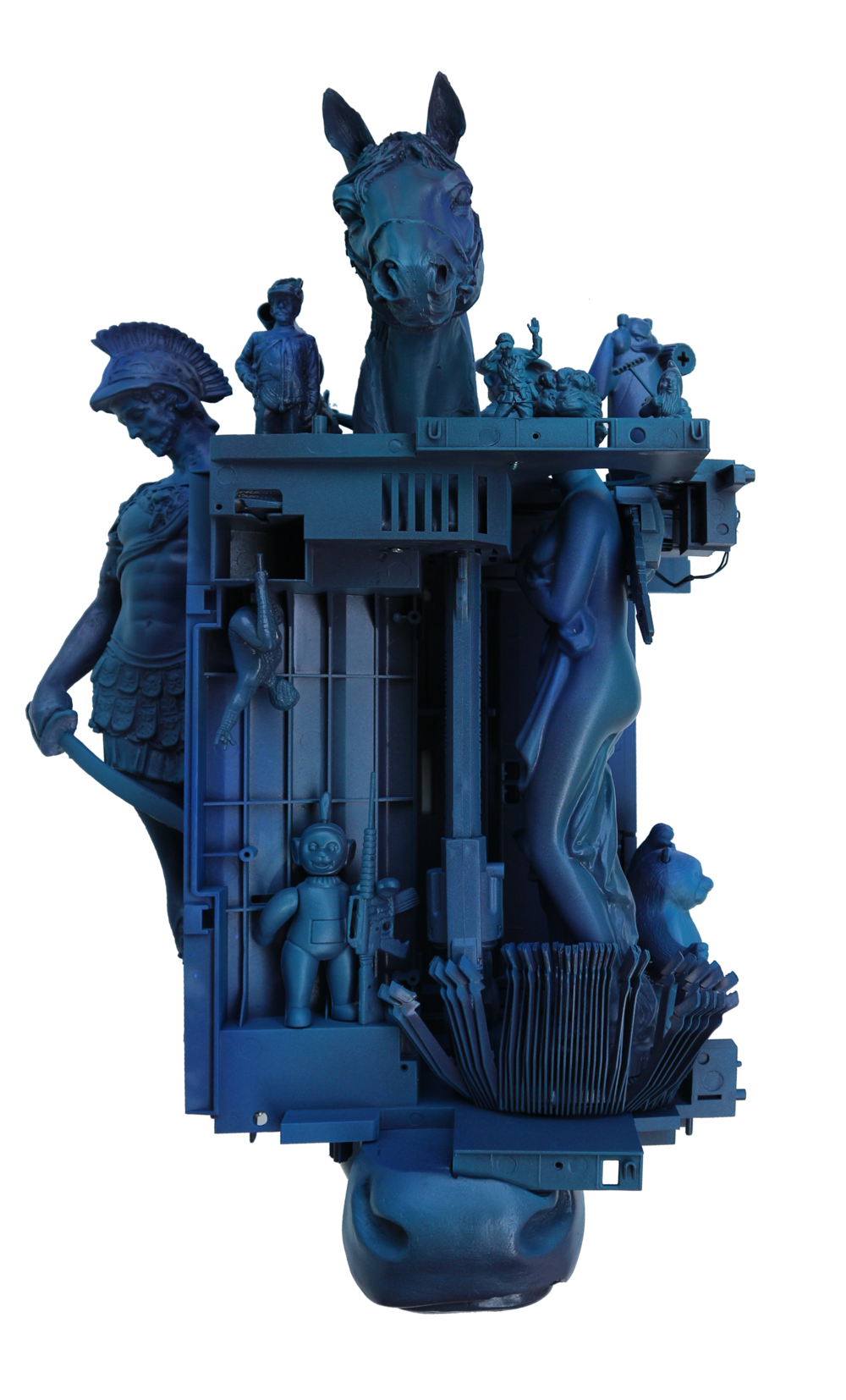 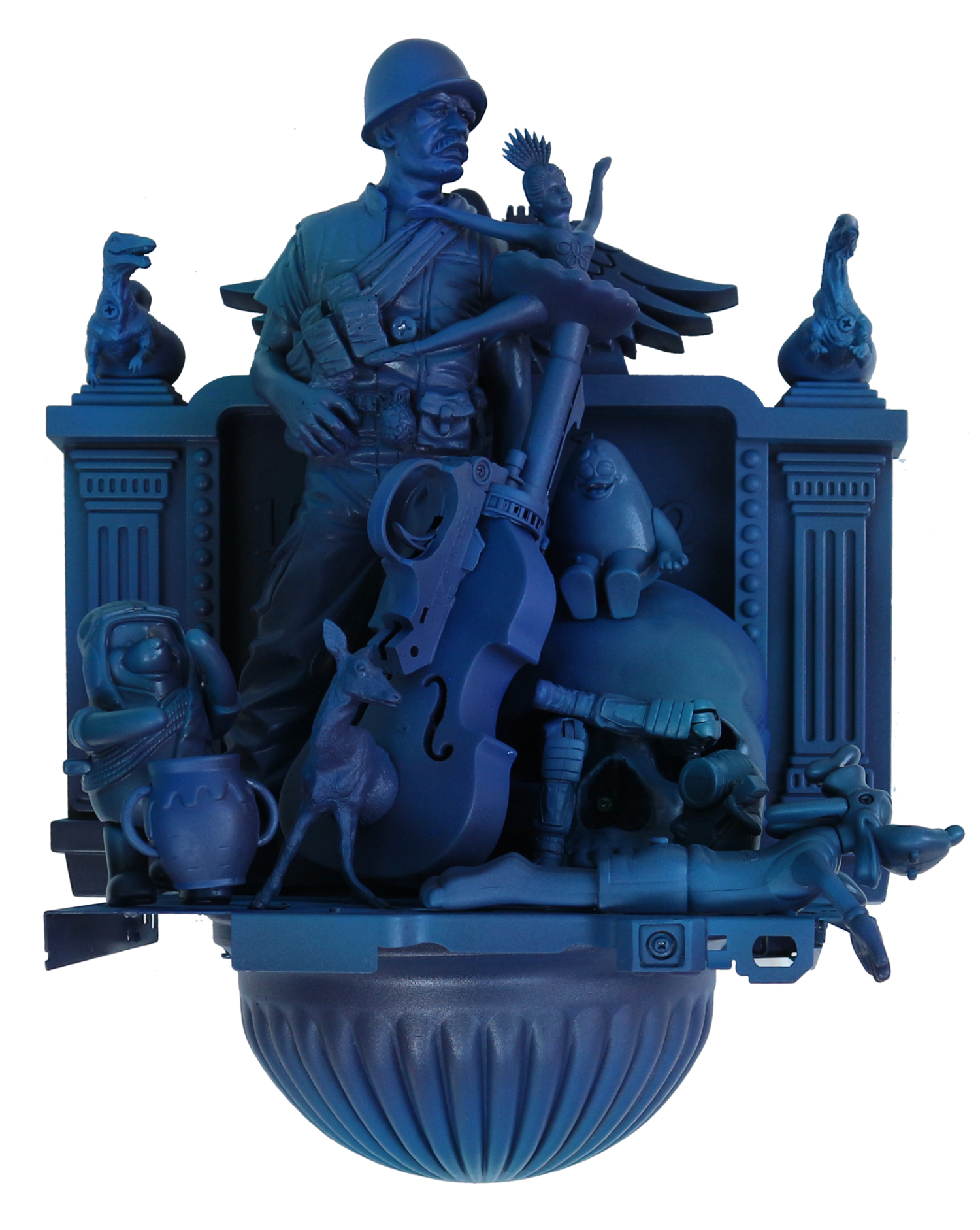 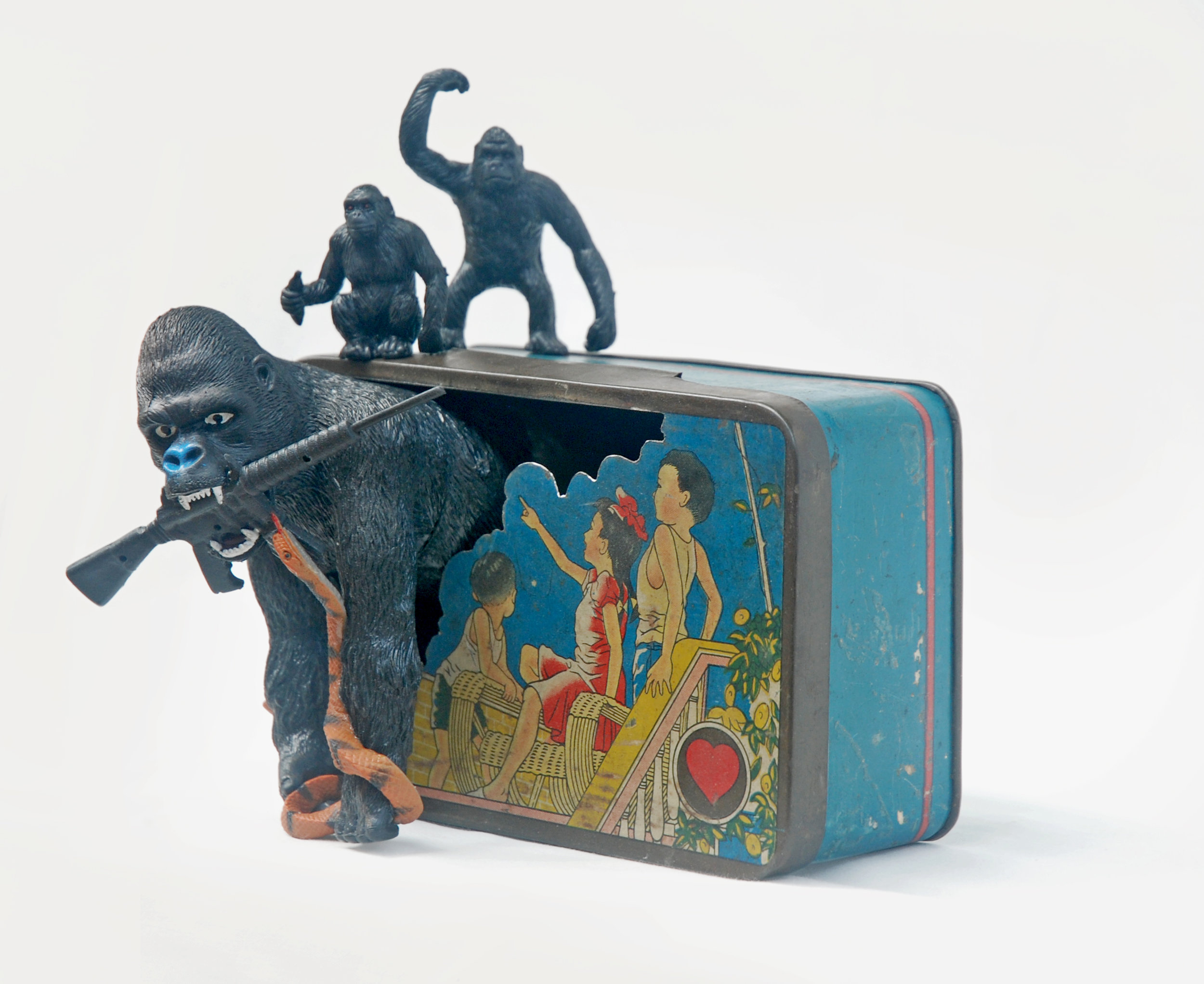 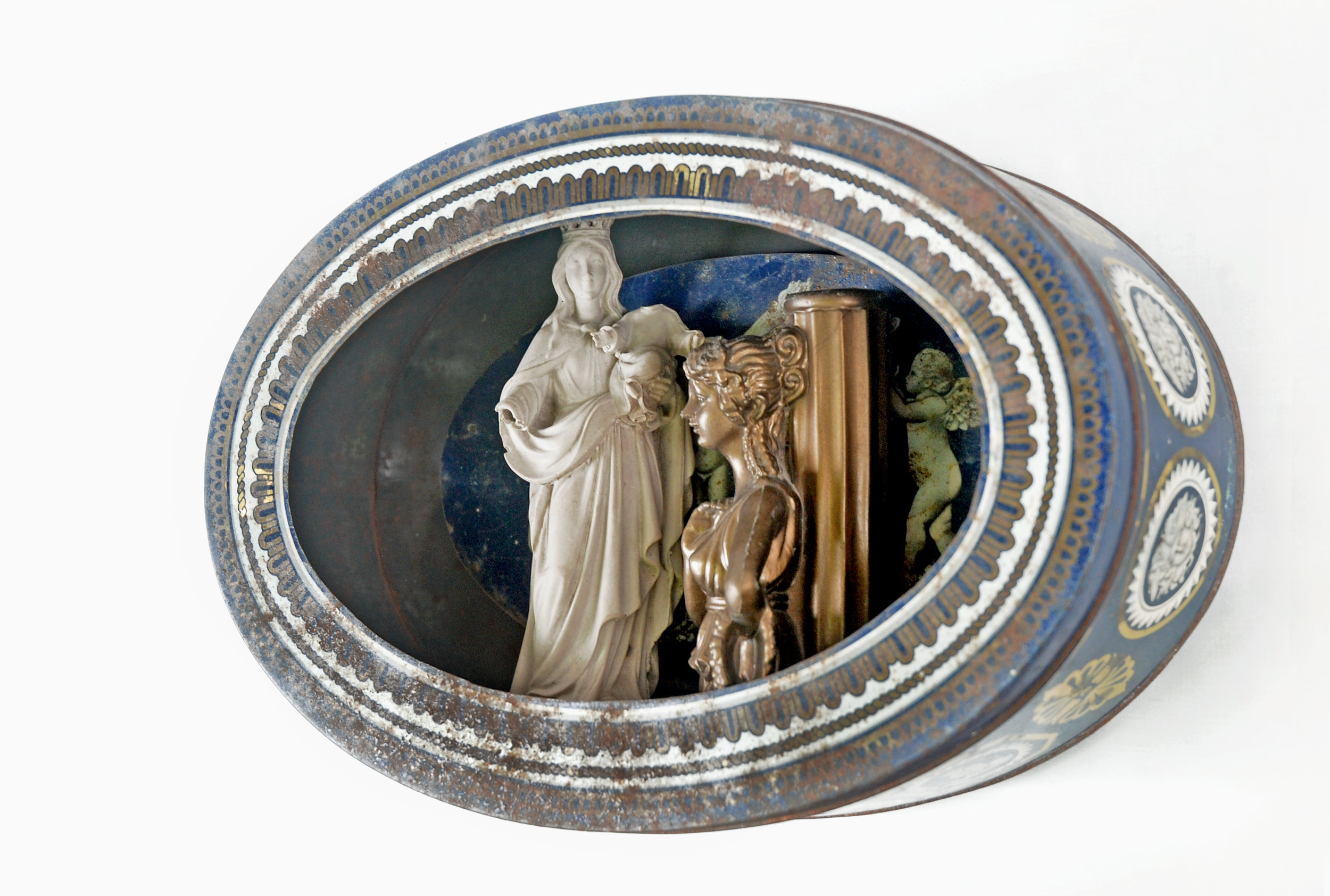 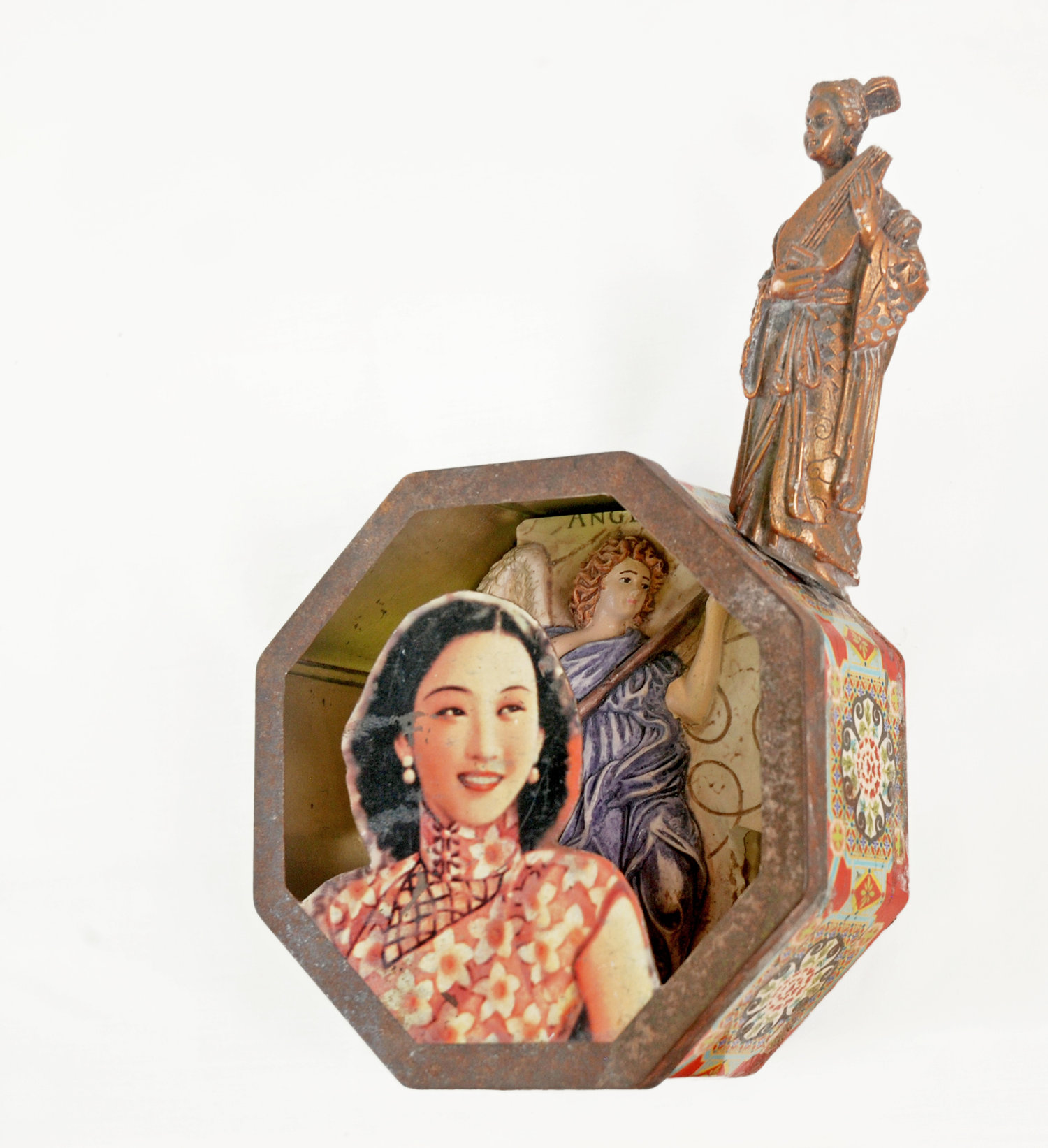 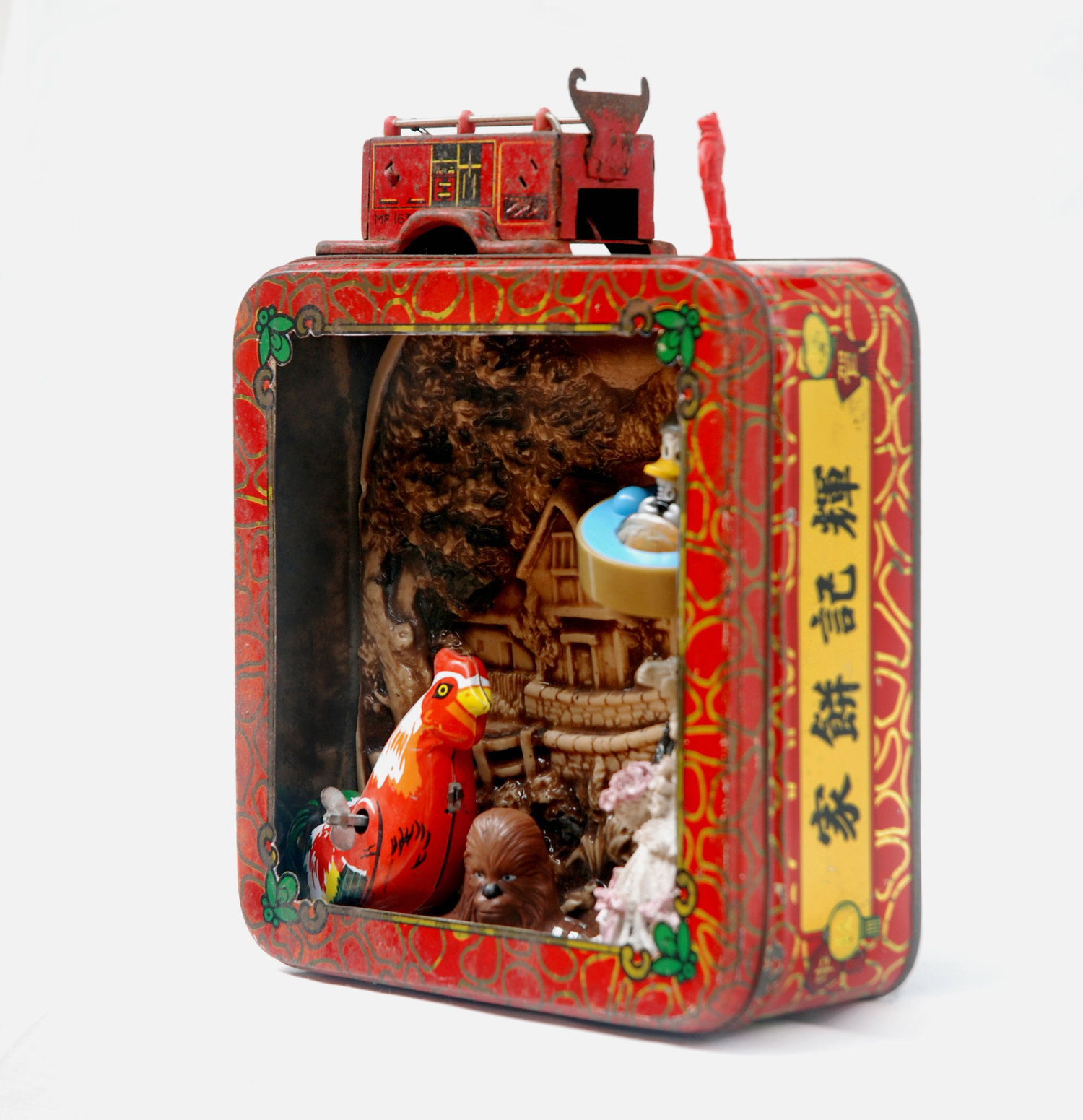 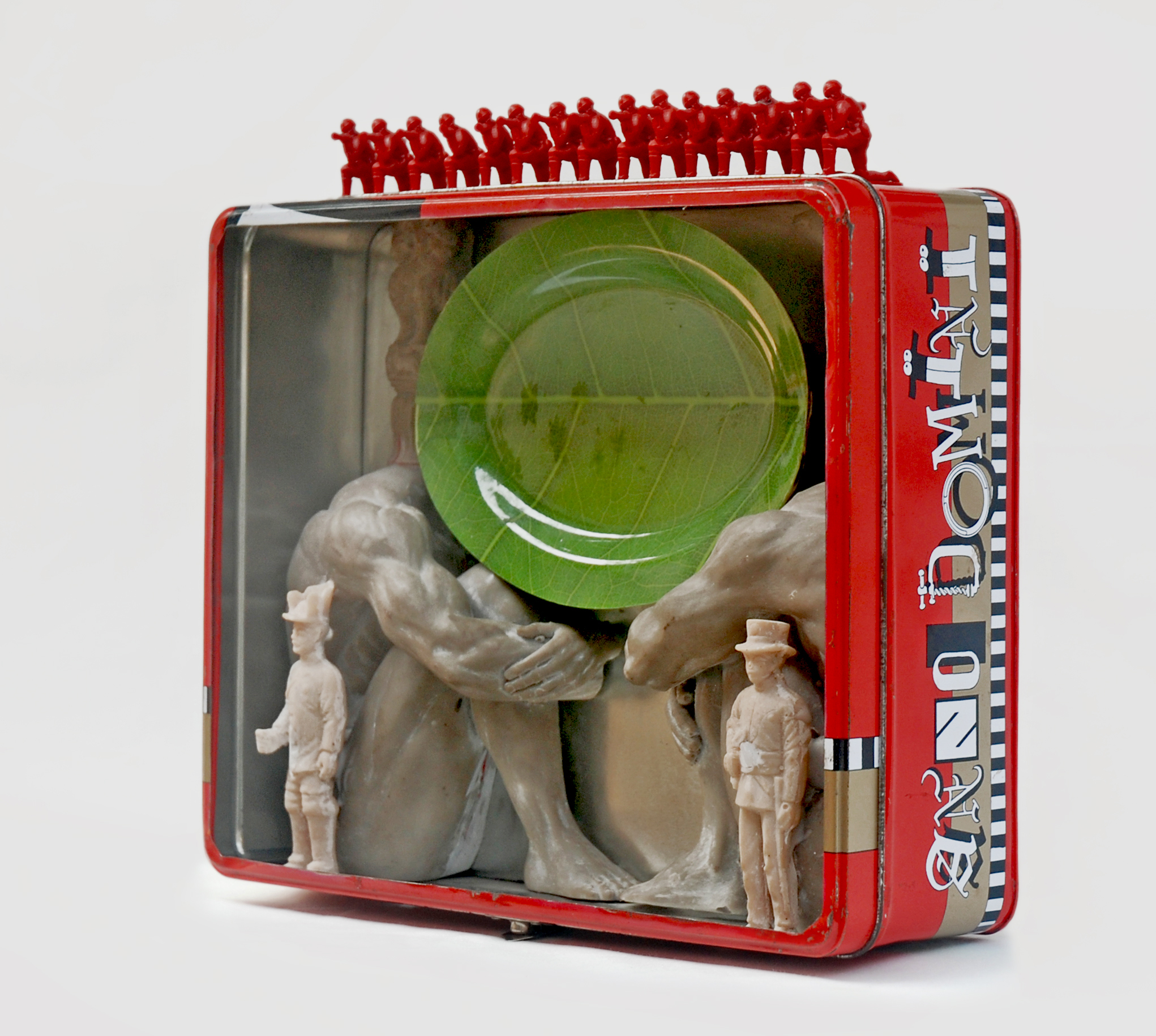 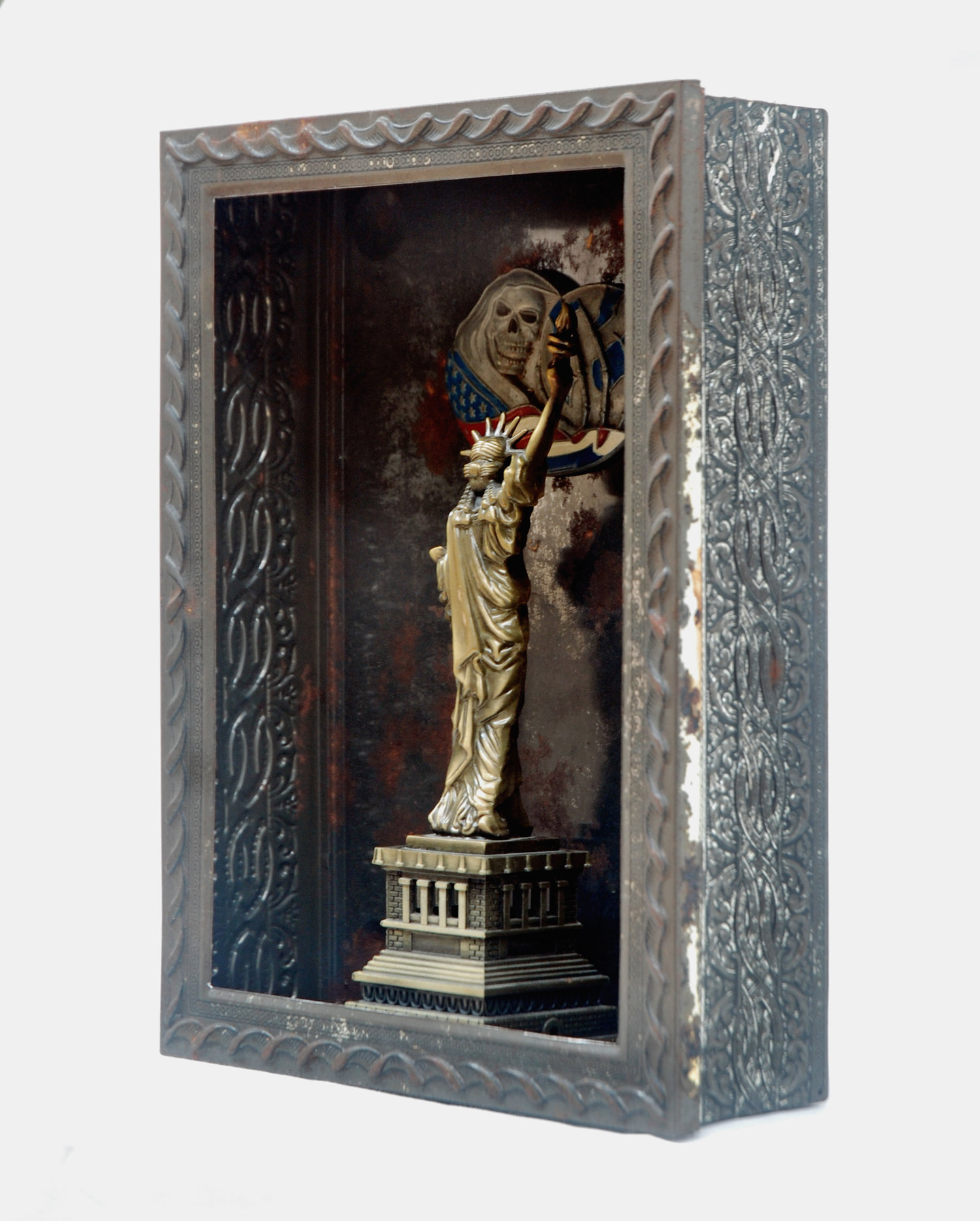 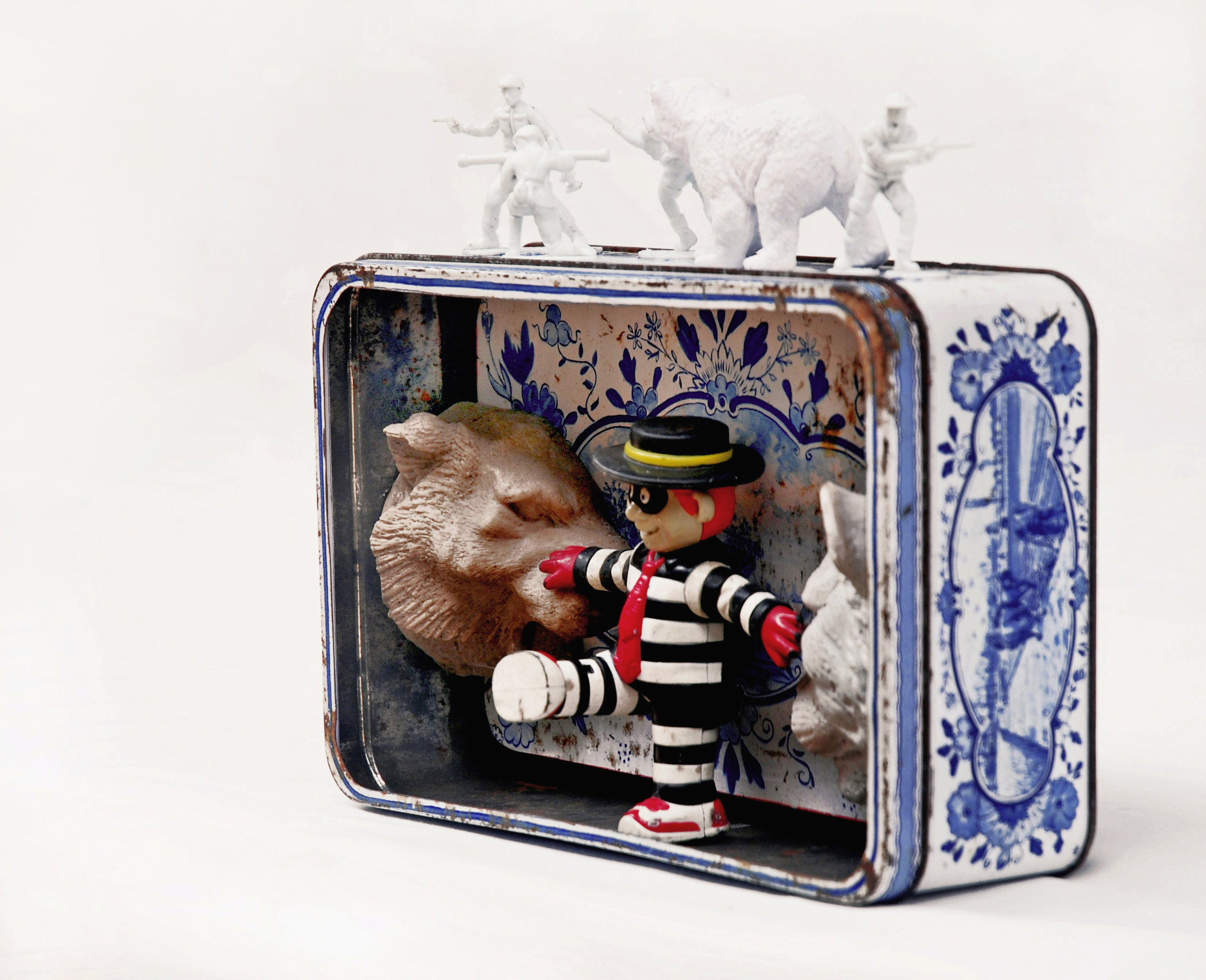 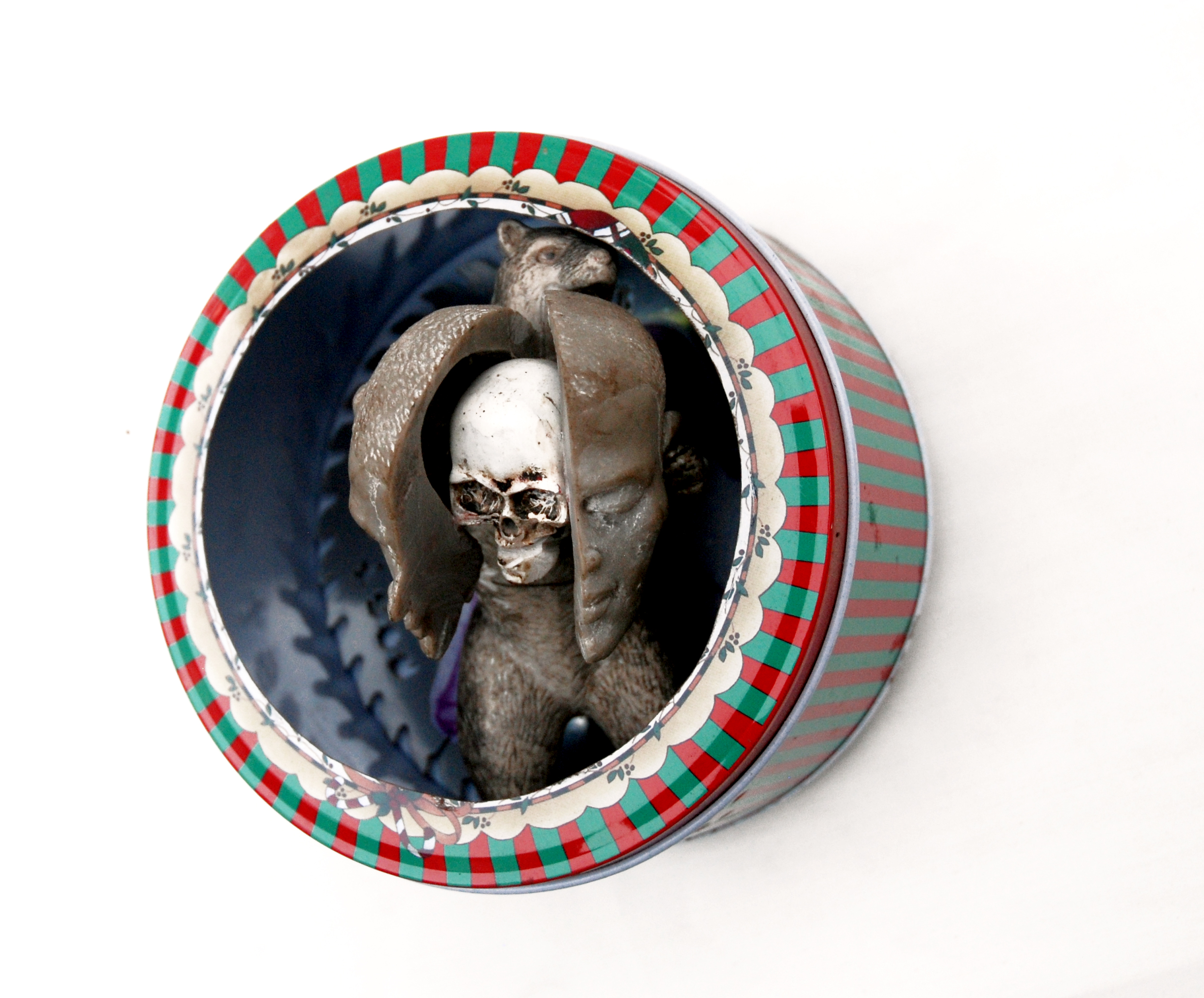 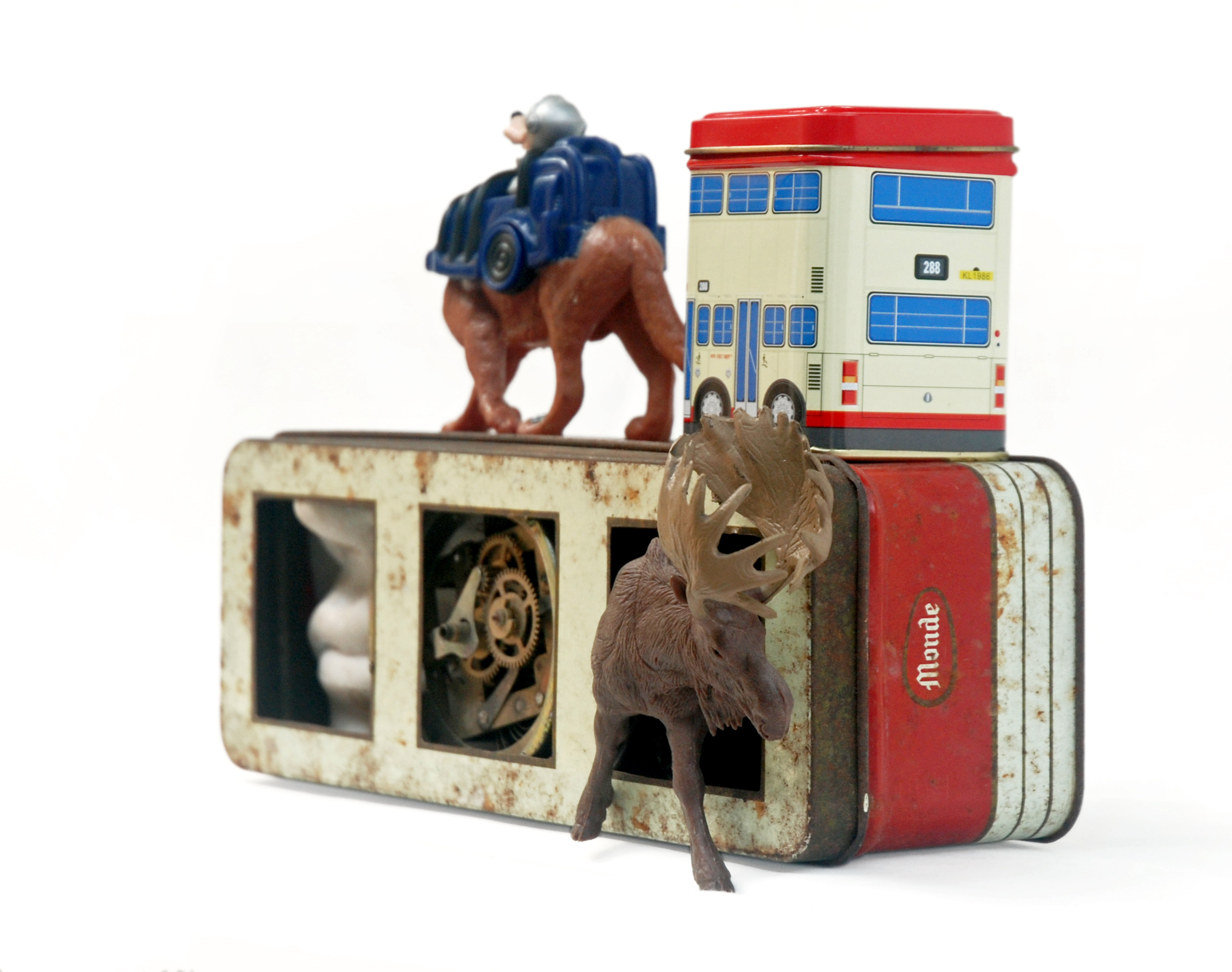 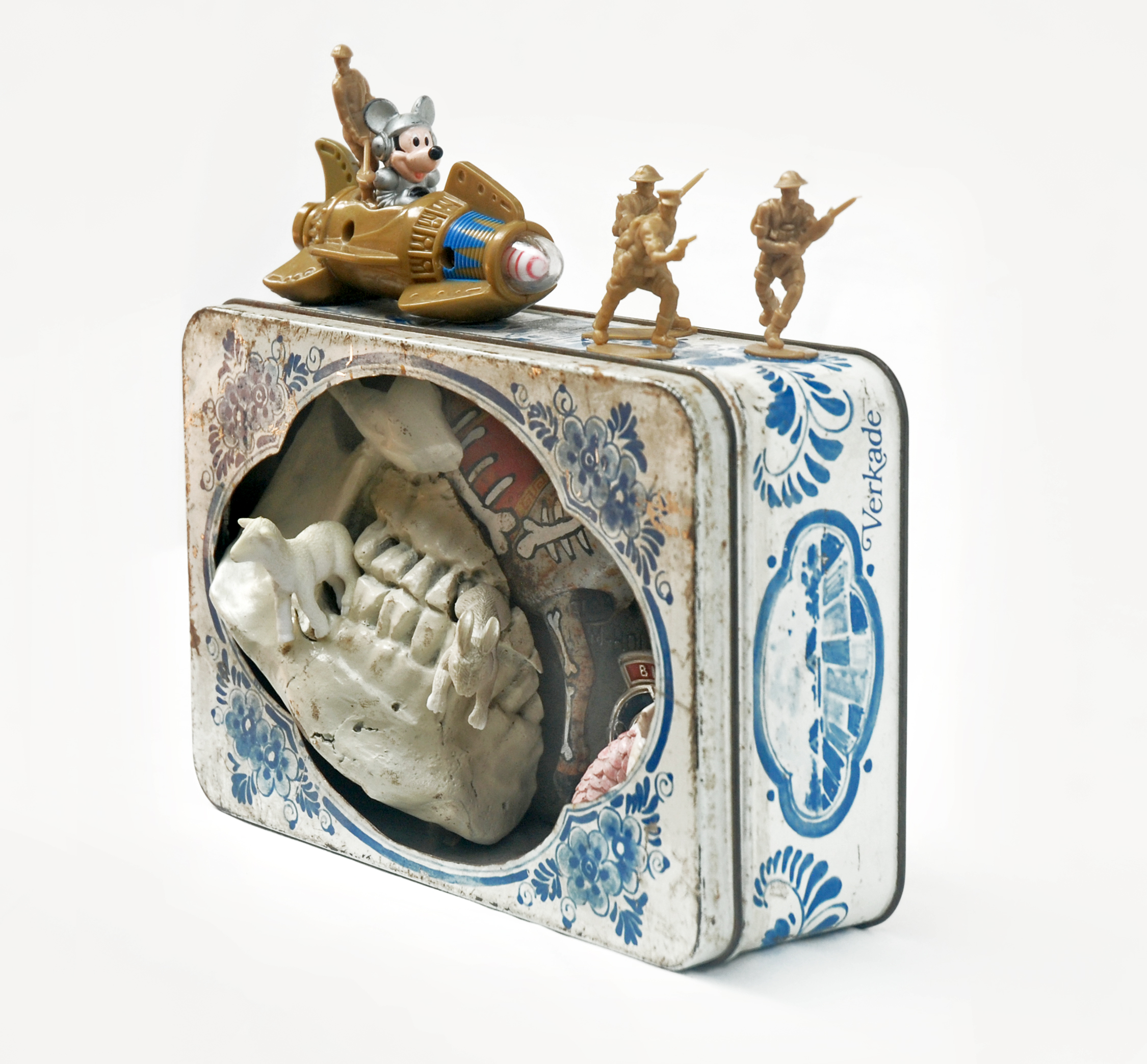 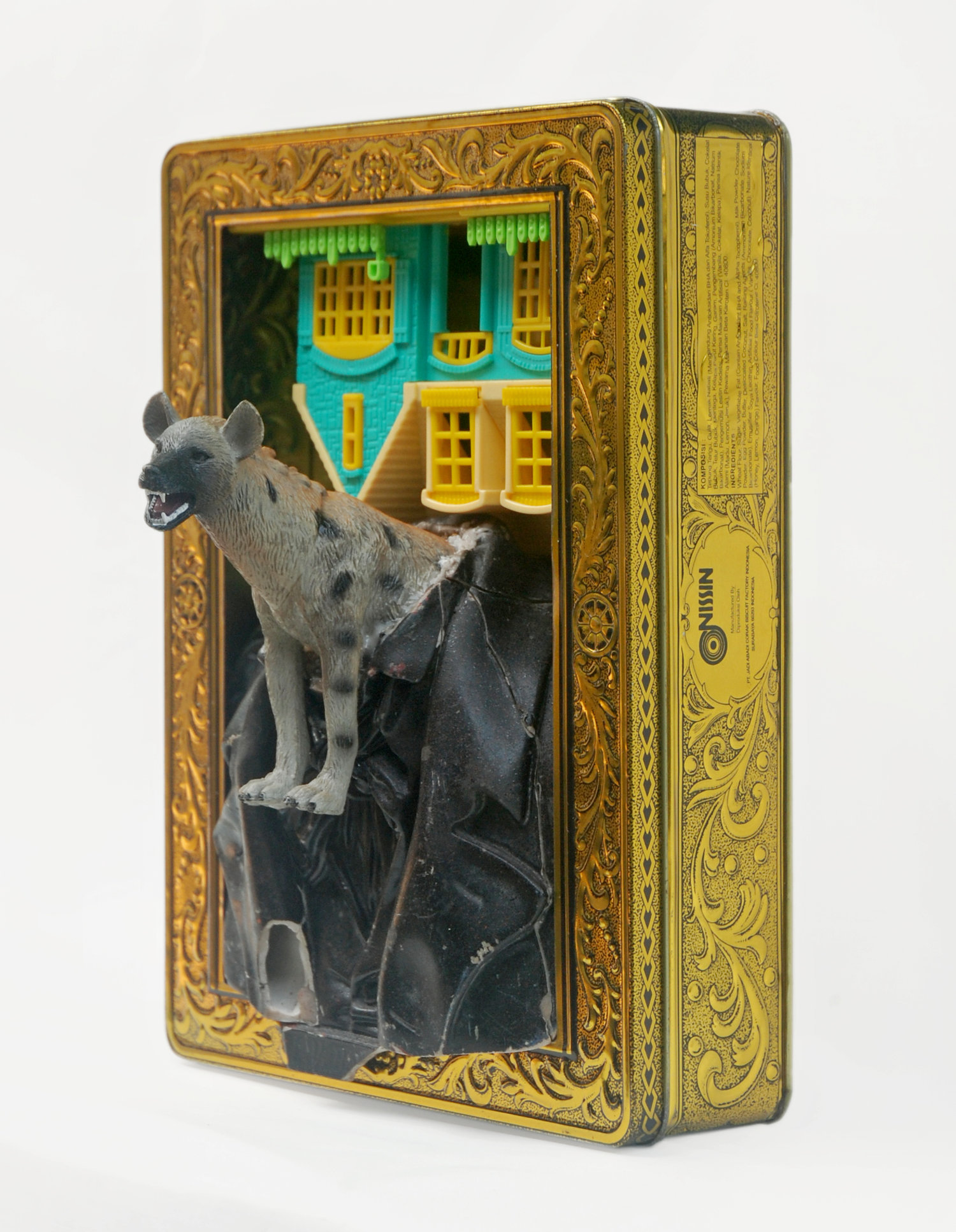 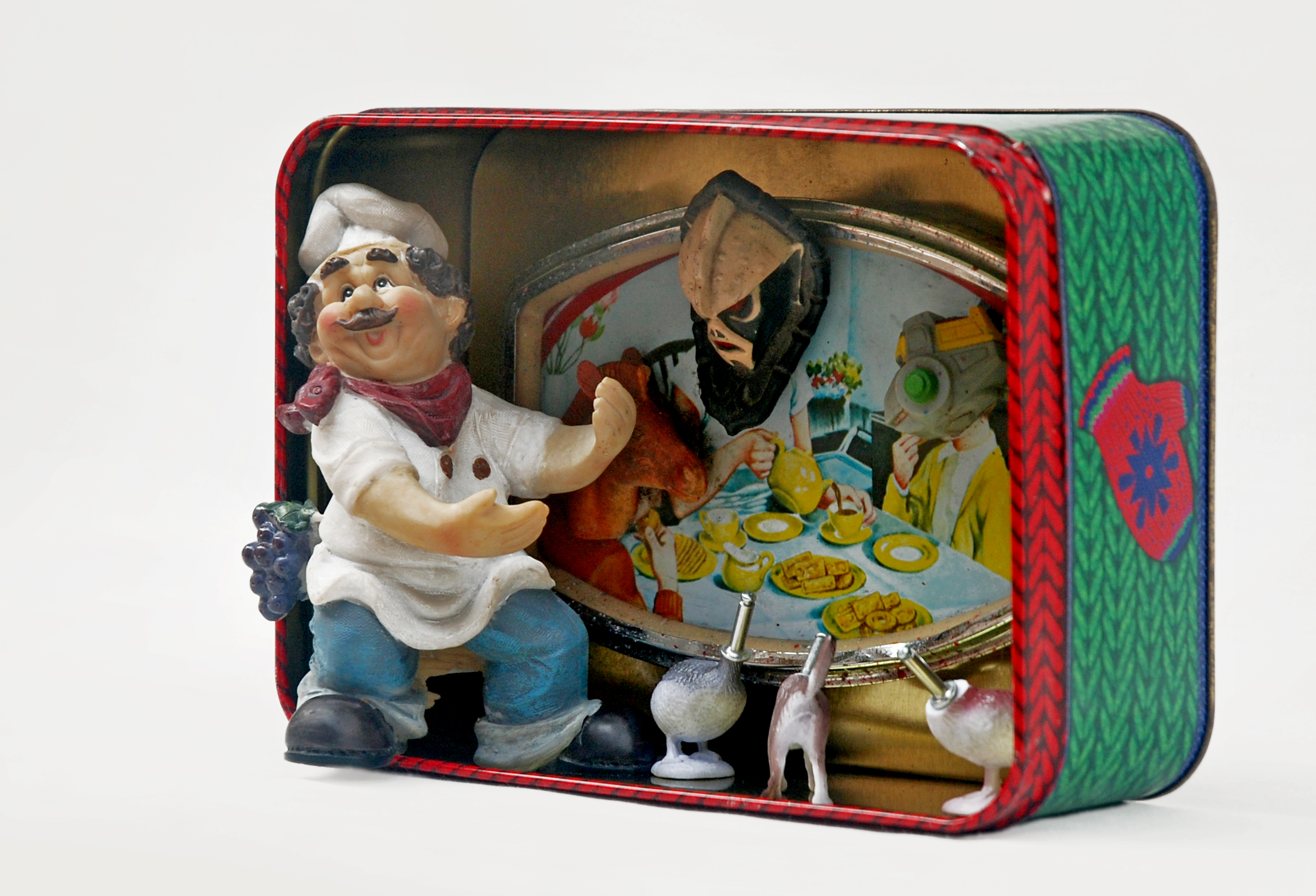 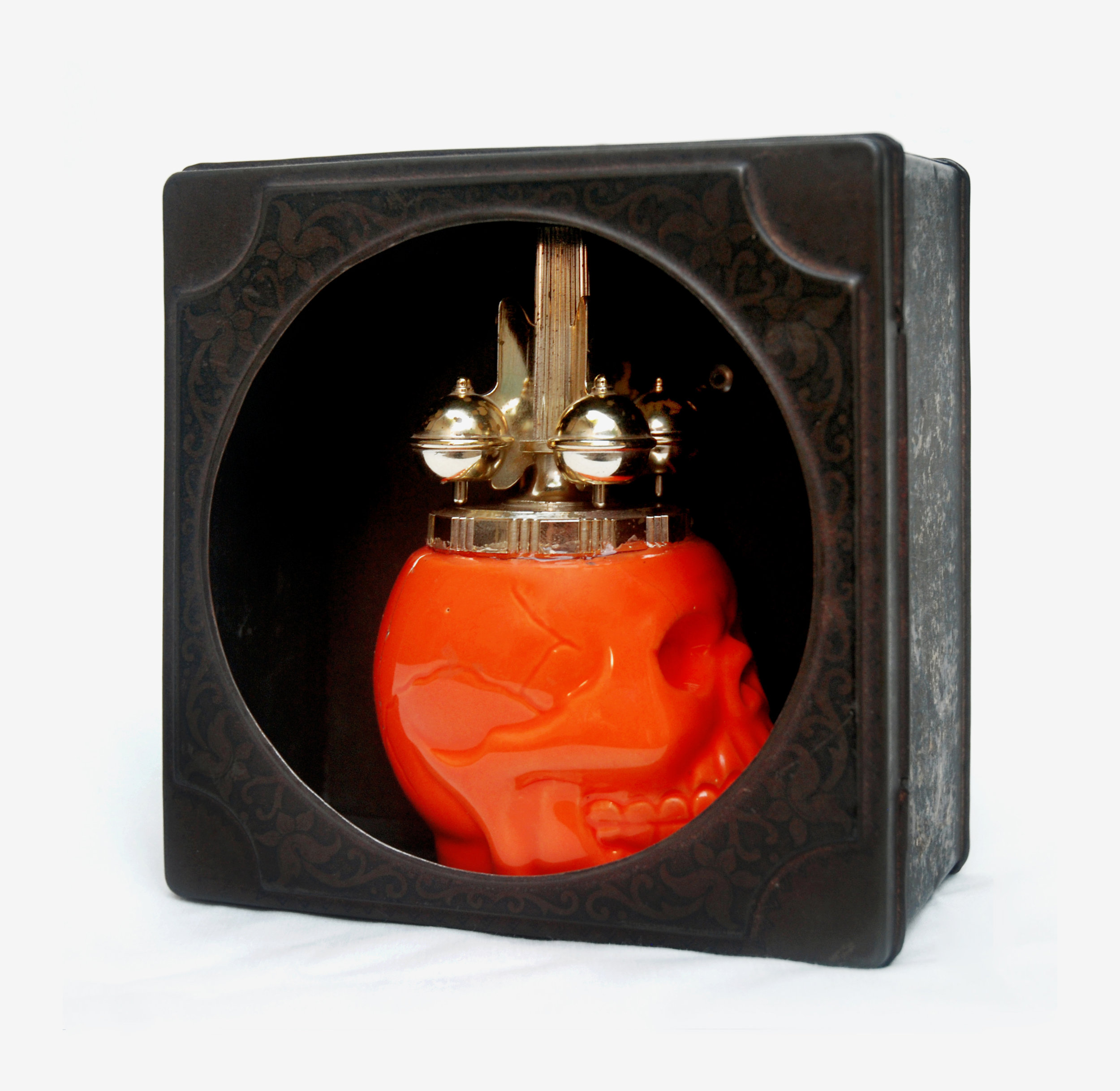 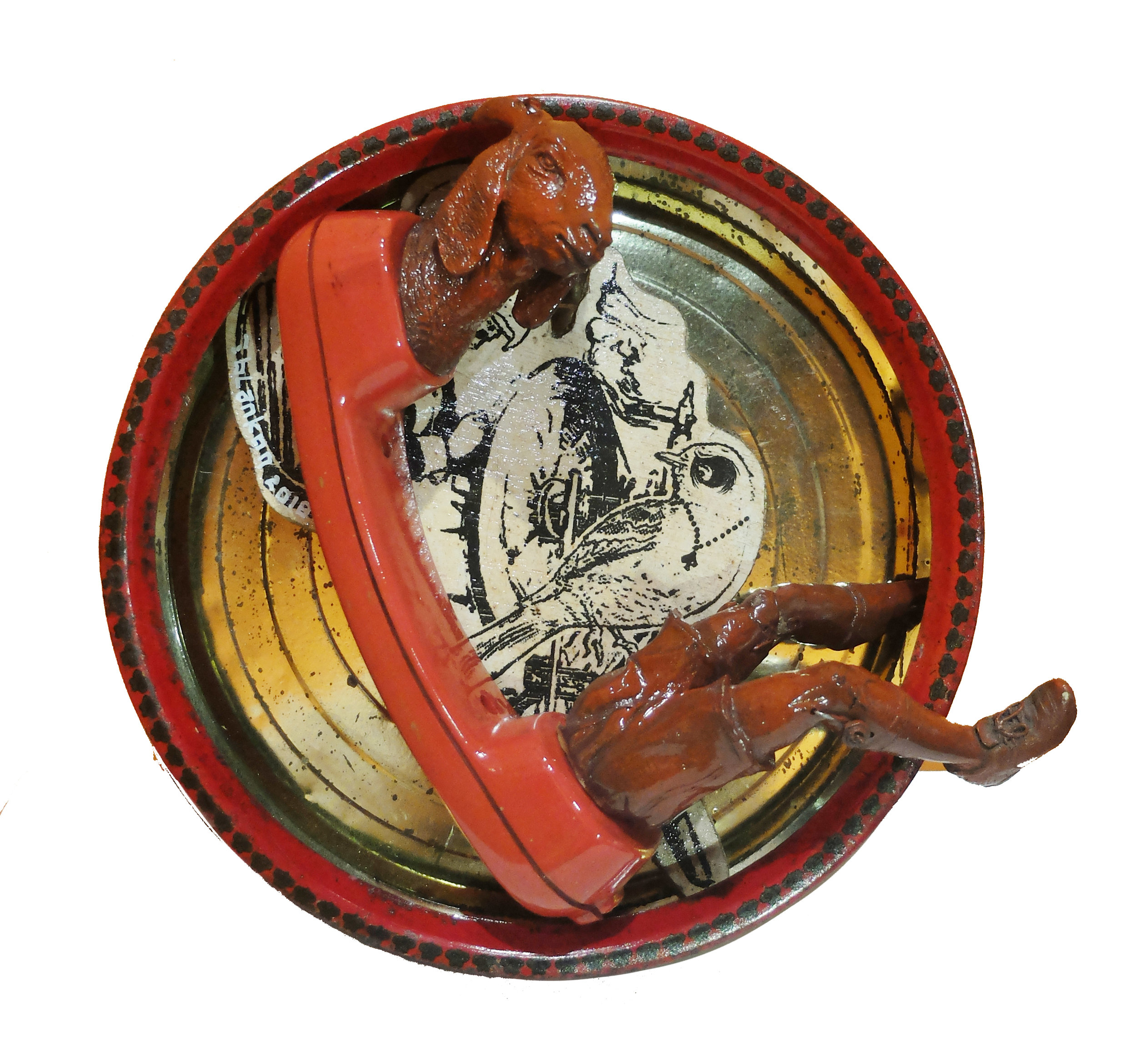 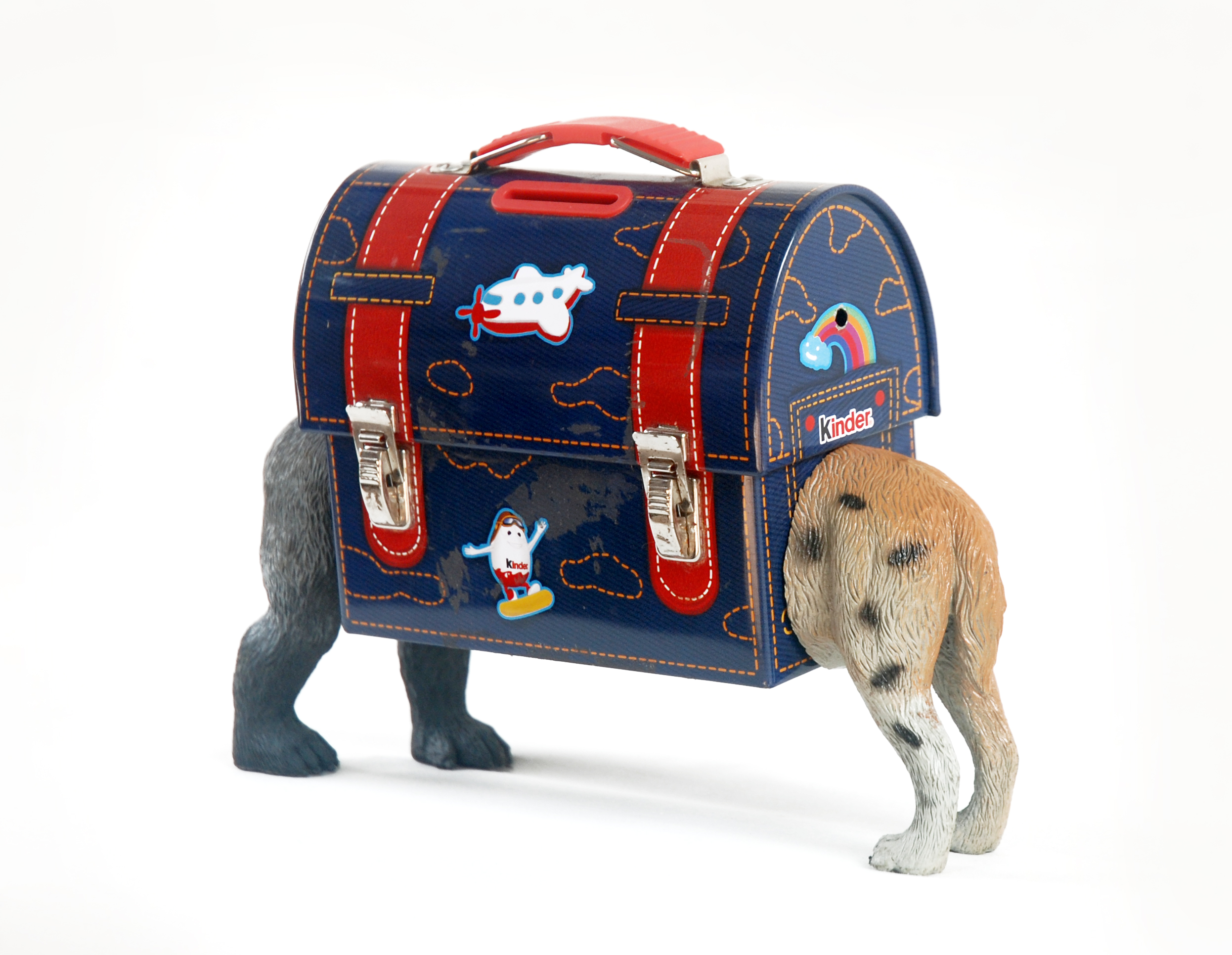 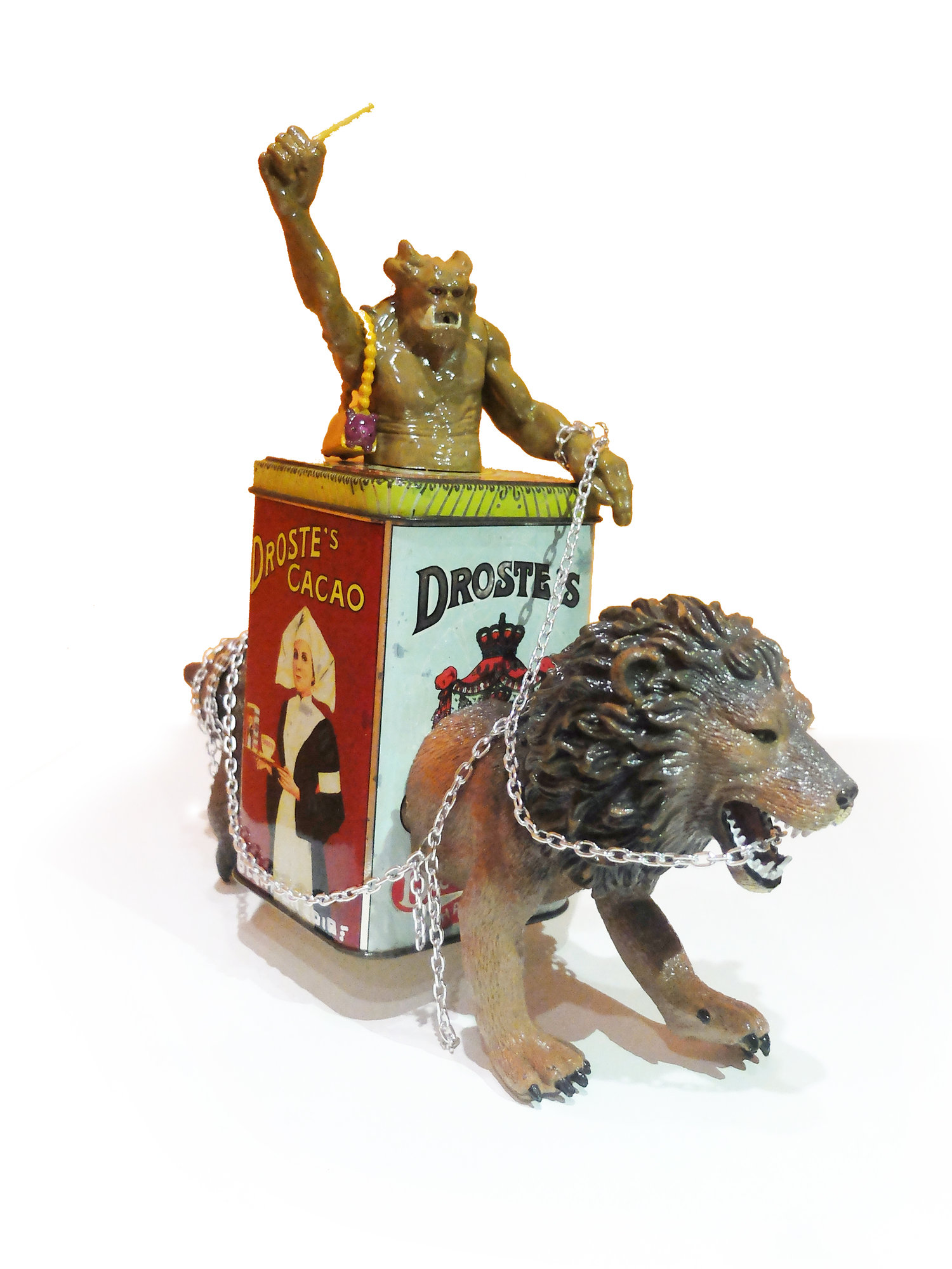 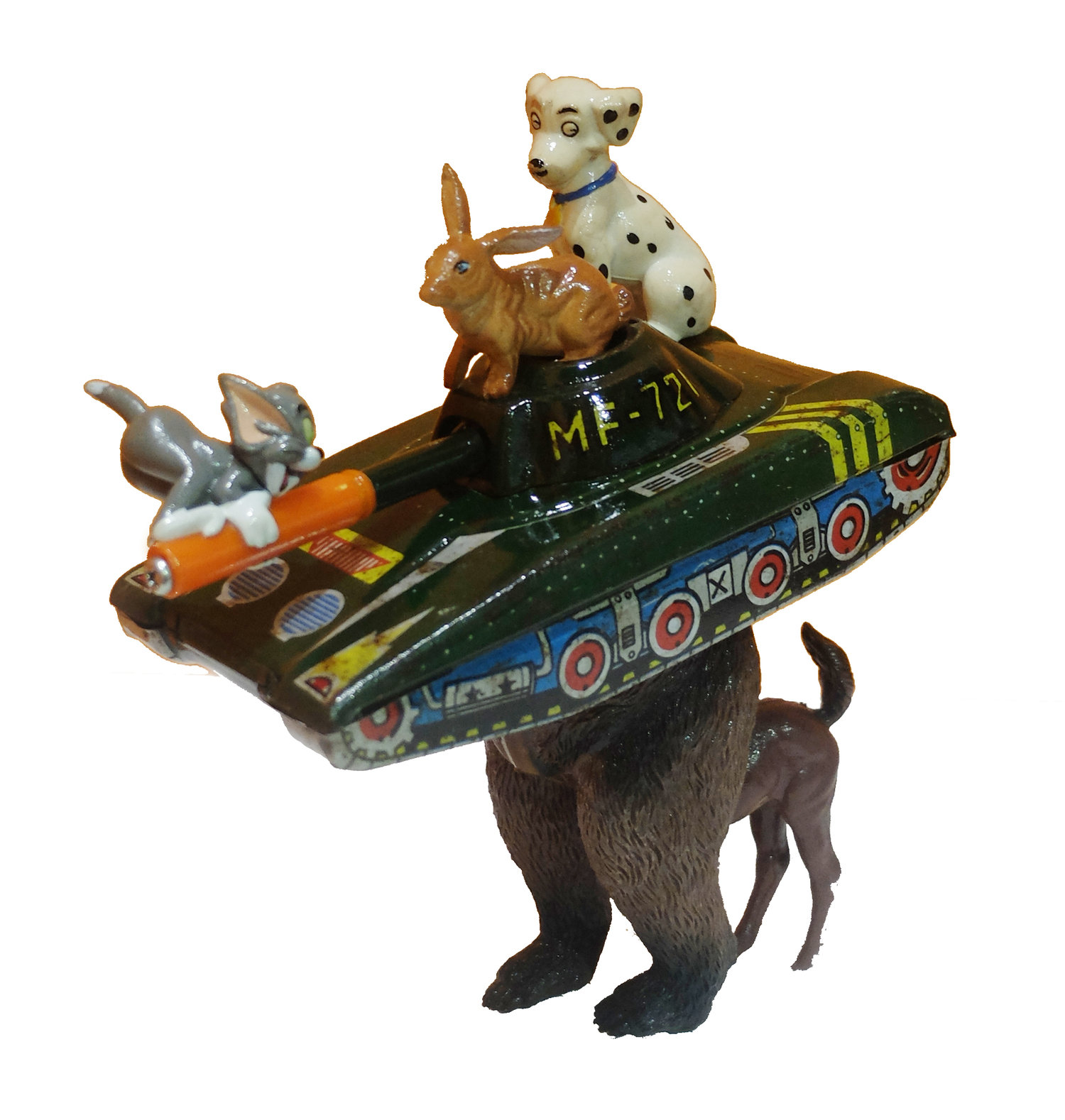 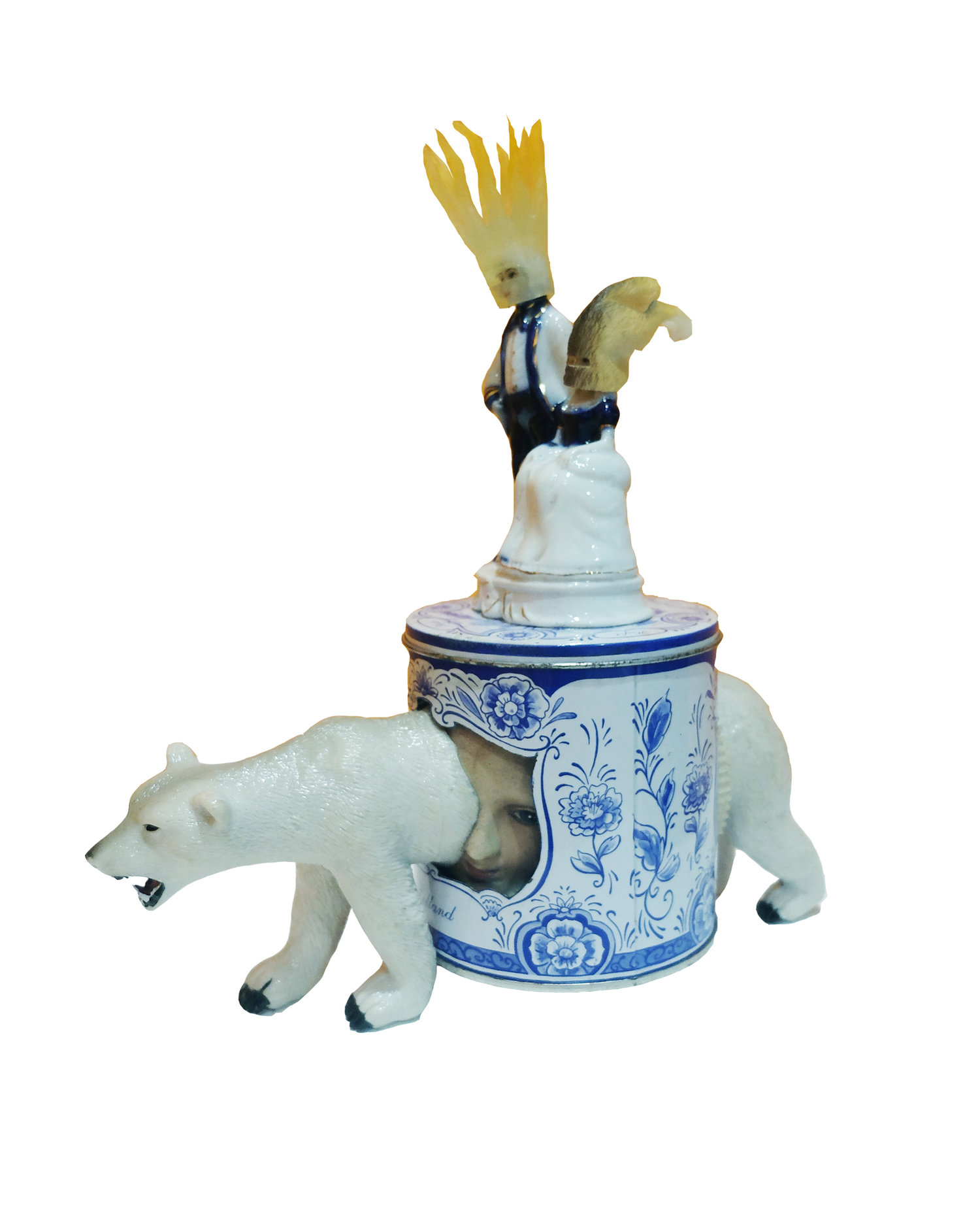