Vietnamese (1906 - 1980)
Hanoi born artist Vũ Cao Đàm successfully integrated both Eastern and Western artistic sensibilities. Upon graduating Hanoi’s École des Beaux-Arts d’Indochine in 1931, Vũ was awarded a scholarship to study in Paris. He departedVietnam permanently, and enrolled in the Far East section of École de Louvre,Paris, to continue his studies in painting and sculpture. He was a member of the Salon des Artistes Indépendants, Artistes Français, Salon d'Automne, and of the Tuileries, and exhibited frequently.

Silk painting dominated Vũ’s artistic output up till the late 1930s, the first decade of his lifelong settlement in France. Given the extensive range of mediums he trained with in both Hanoi and Paris, which encompassed sculpture, oil painting and print-making, the rarity of his early silk pieces is especially salient. Vũ’s progressive integration of Western artistic sensibilities – prominently Impressionism andPost-Impressionism – became most apparent when he dedicated himself to oil paintings around the time of the Second World War. The artist continued living and working in Paris up till 1949, before moving to the South of France due to his deteriorating health. They settled down not far from where Marc Chagall(Russian-French, 1987-1985) was living, and inevitably, Chagall and the artists of École de Paris proved to be strong influences on Vũ’s paintings thereafter.

The most distinctive subjects in Vu Cao Dam’s paintings are ethnically Vietnamese figures, typically women dressed in traditional ao dai. They are sometimes accompanied by children, musical instruments, flowers or horses and set against an impressionistic background. By painting these subjects in Western painting techniques, Vũ stroked a balance between cultural themes from his homeland and western modernist modes. For both his French and Vietnamese audiences, Vũ’s works marked a confluence of the foreign and the familiar. 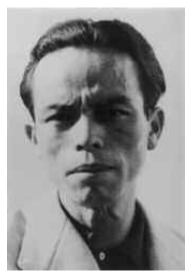 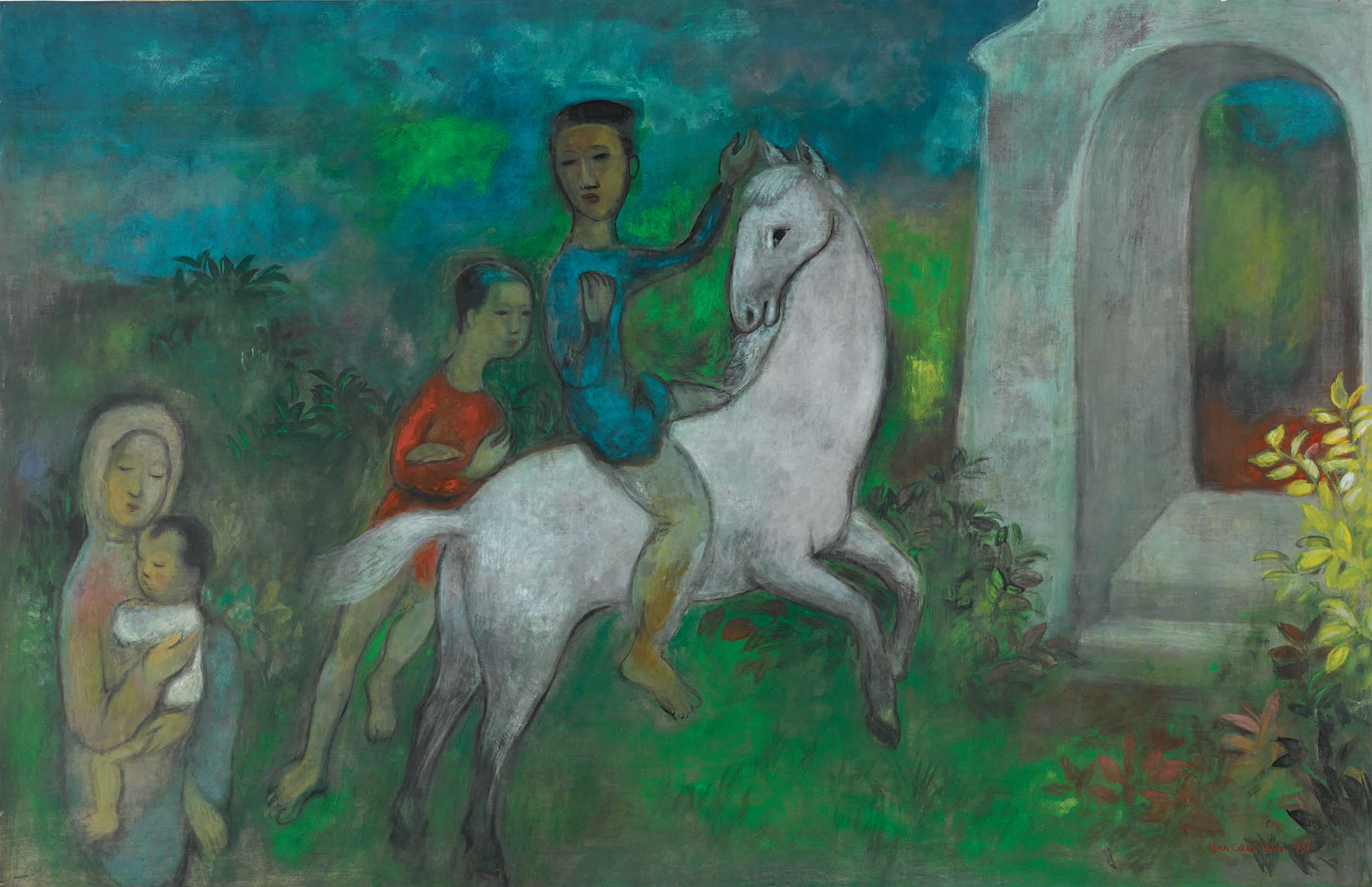 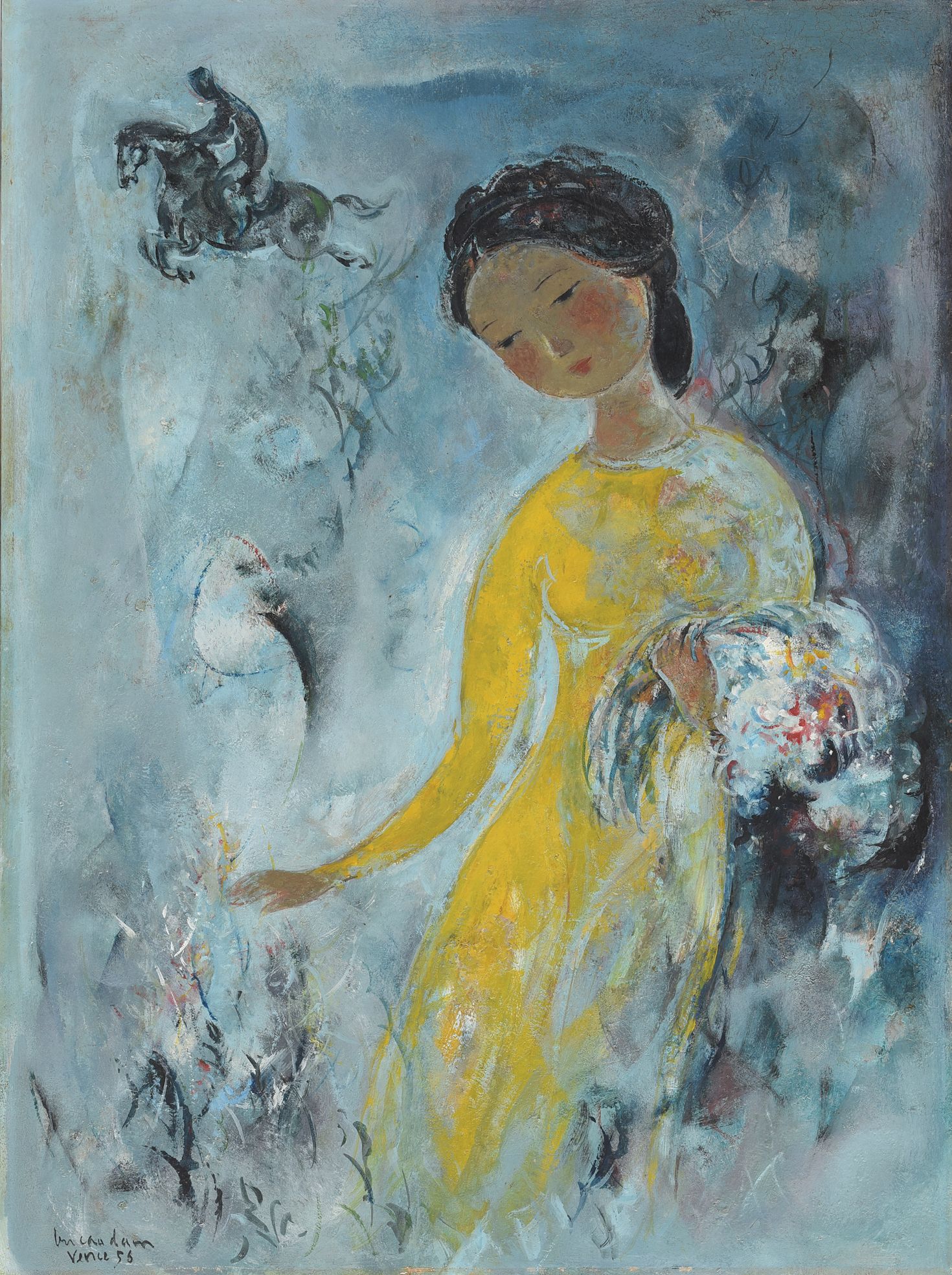 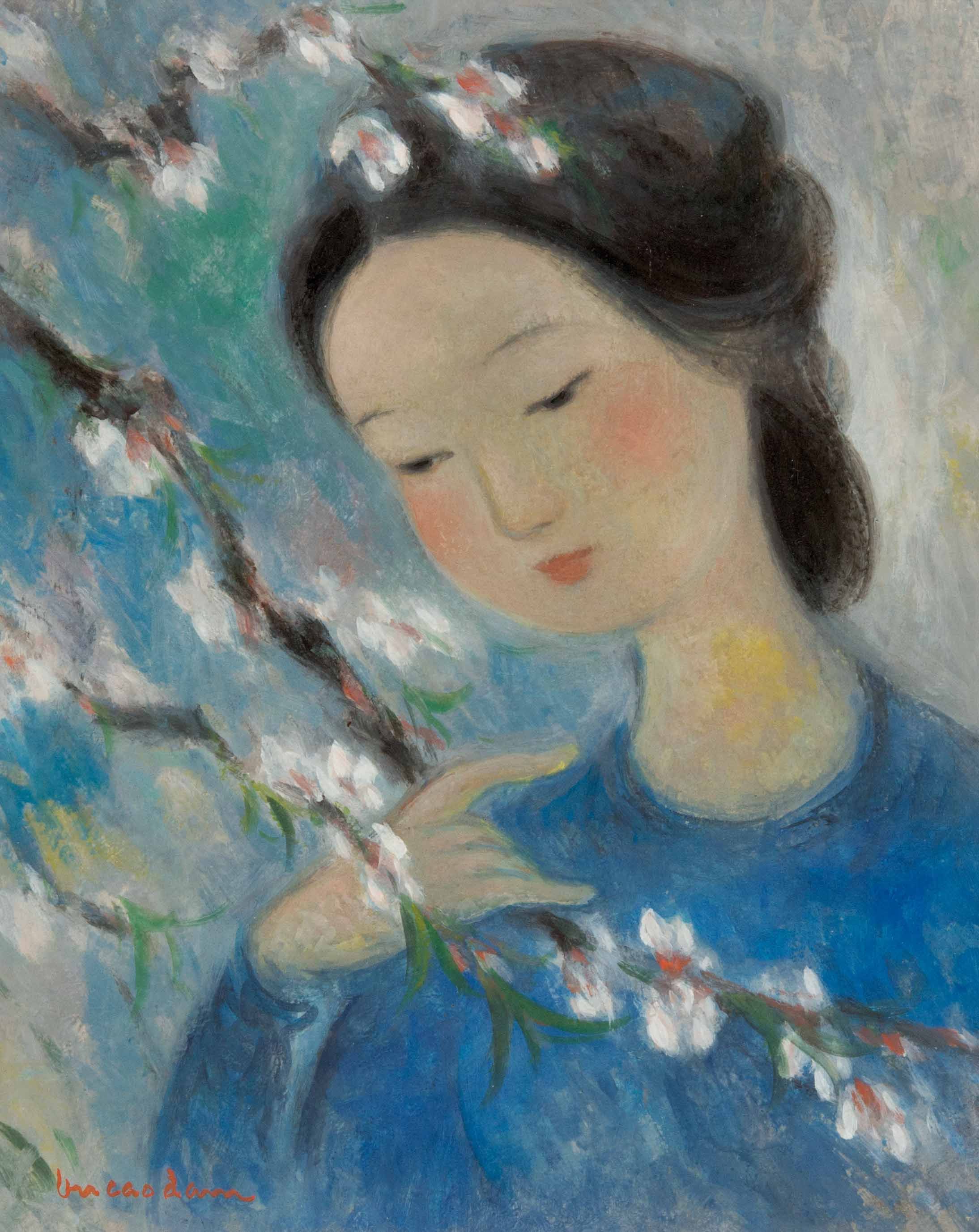 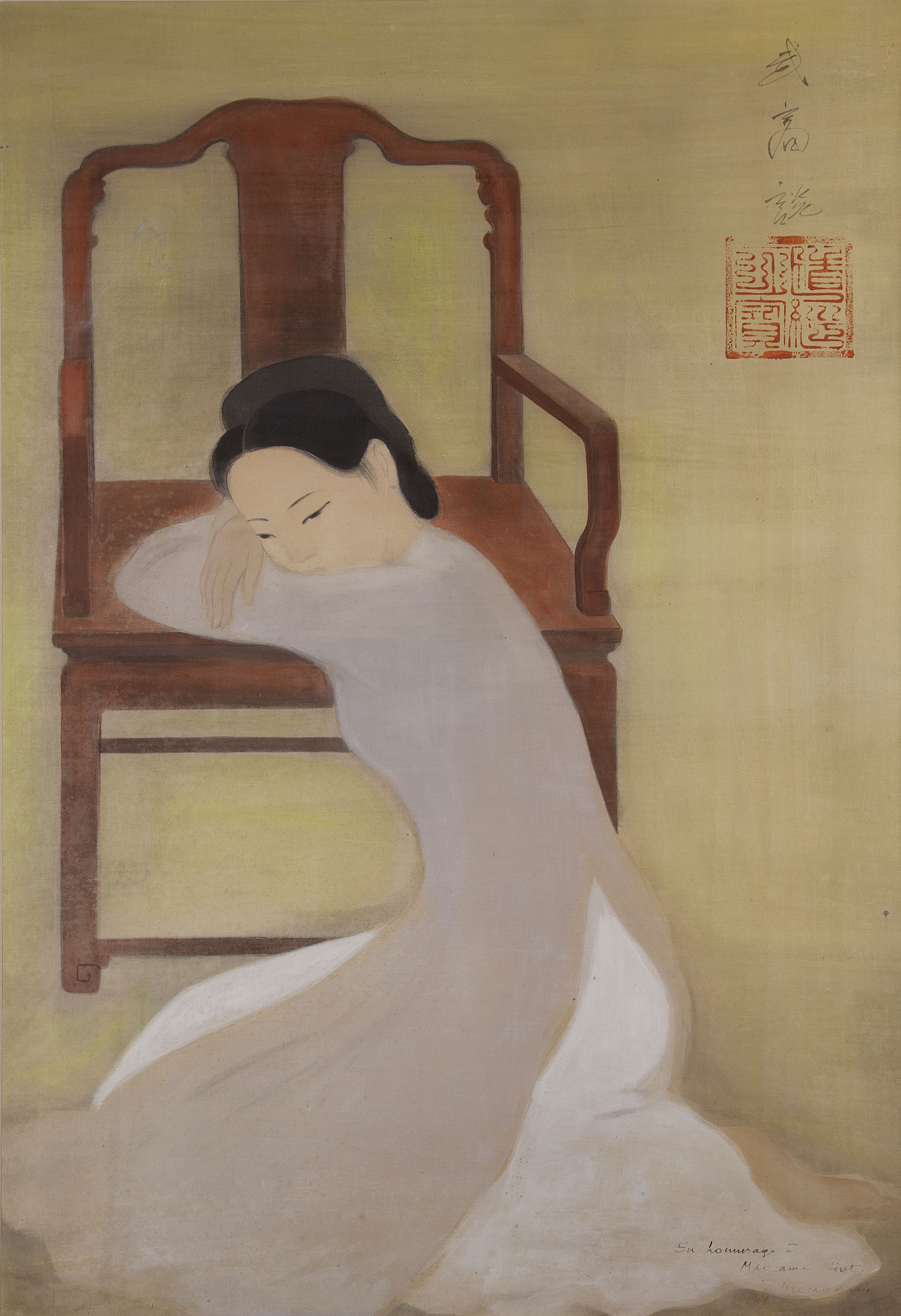