Indonesian (1948 - 1994)
Sumatra-born Nashar (1948 – 1994) is known for his poetic interpretations of Indonesian landscape and human suffering. Having maintained that “an artist must not ask consent from other persons”, Nashar embarked on a journey of free expression that was contrary to the more formal and technical routes embraced by other Indonesian painters. Taught by Affandi and influenced by the works of Rusli, Zaini and Popo Iskandar, he aimed to investigate his subjects and capture their essence through intuition-led abstract paintings.
‍
Nashar earned his reputation as a controversial “suffering” artist in Indonesia. Despite this, he often published writings that revealed both an optimistic outlook and his attraction to the romanticism of suffering. With his sensitive abstractions of stones, fish bones, plants and more, others also saw him as a “genuine artist” who painted without thought of economic gain. Rather, he saw painting as his sole service in life.

Throughout his life, Nashar was deeply embedded in the artistic landscape of Jakarta. After studying painting at Seniman Indonesia Muda (Indonesia Youth Painters), he joined the Gabungan Pelukis Indonesia (Indonesian Painter’s Collective) in 1949. He also helped to establish the Institut Kesenian Jakarta (Jakarta Arts Institute) and began lecturing there in 1970. From 1973, he was a member of the Dewan Kesenian Jakarta (Jakarta Arts Committee) and subsequently became the committee’s daily administrator from 1981 to 1984. 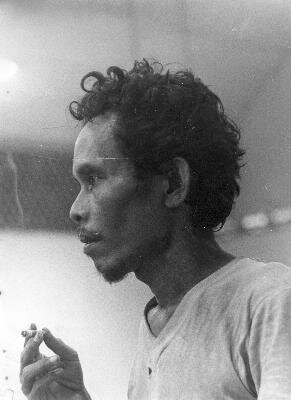 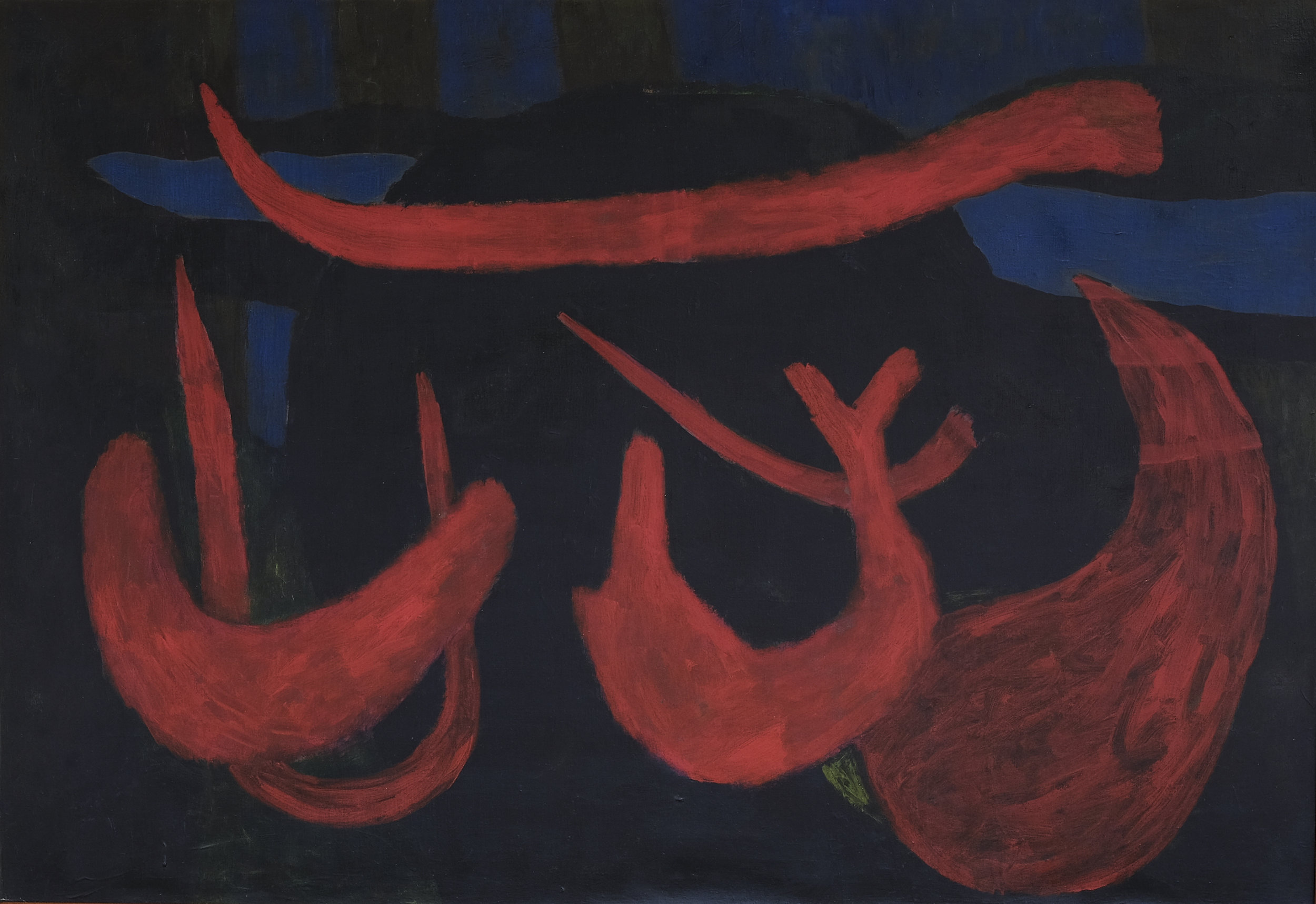 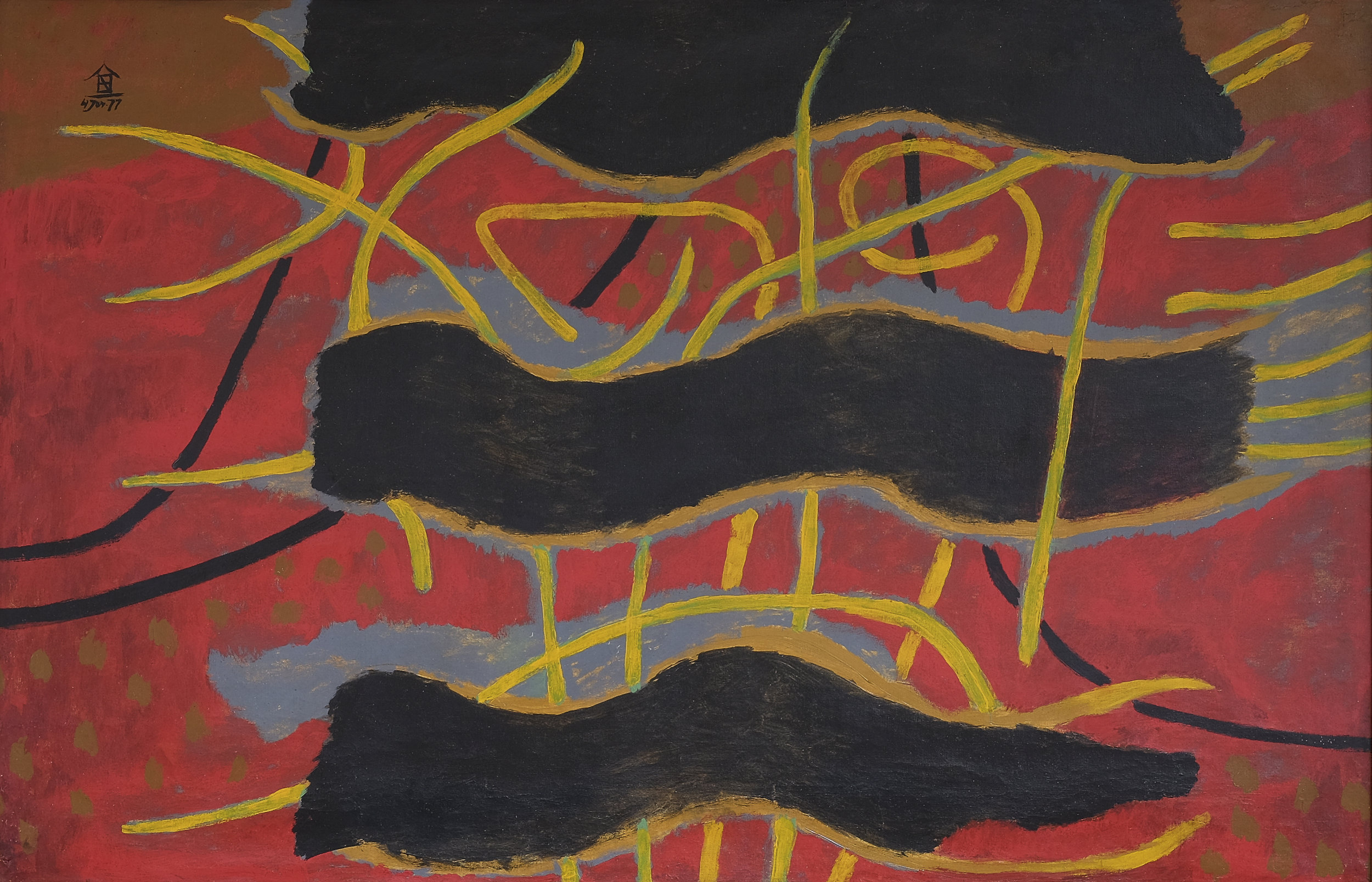 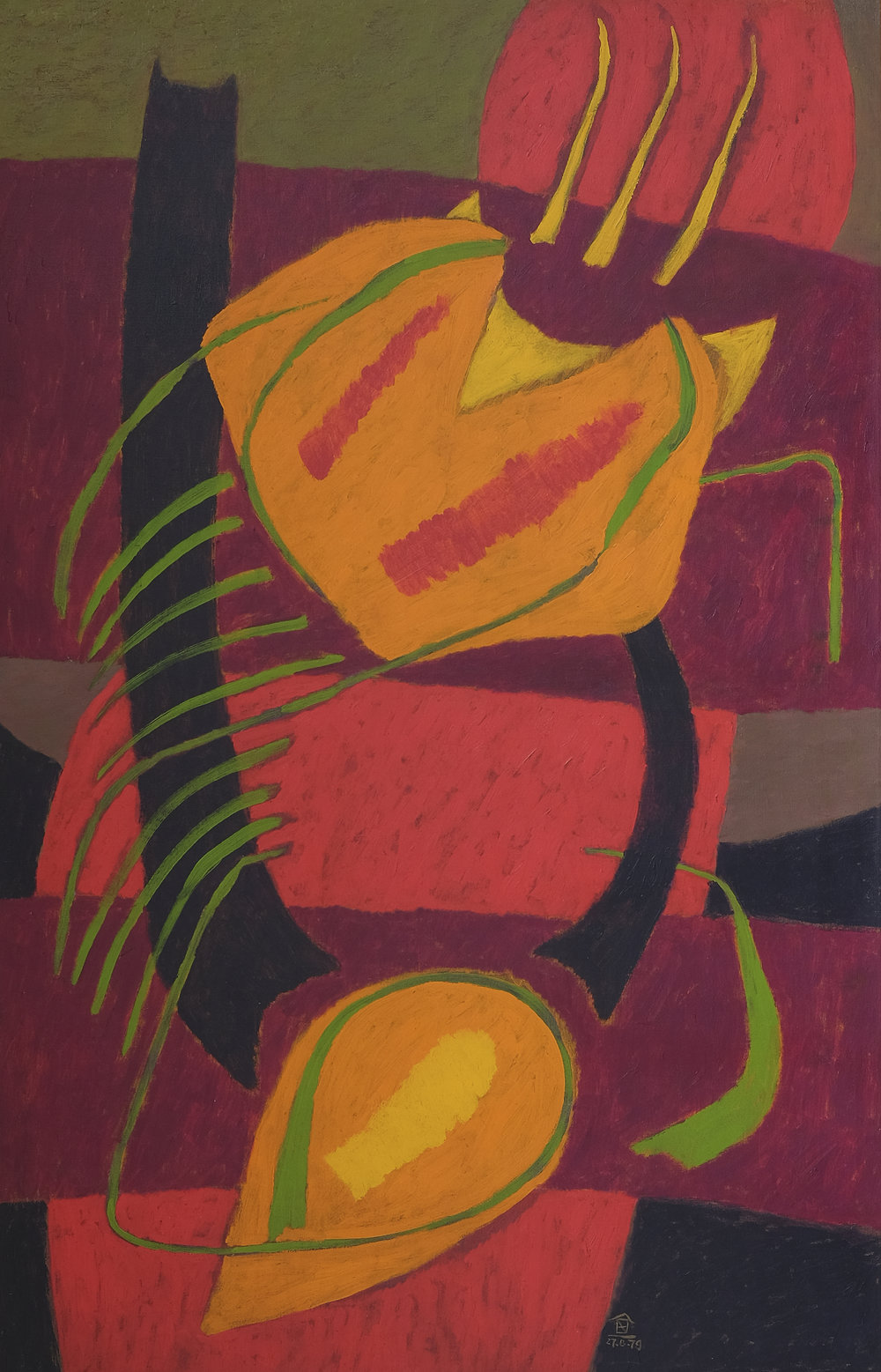 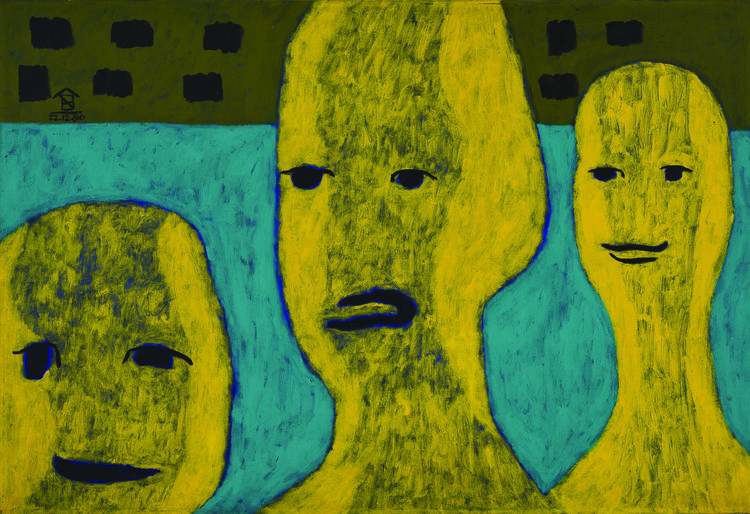 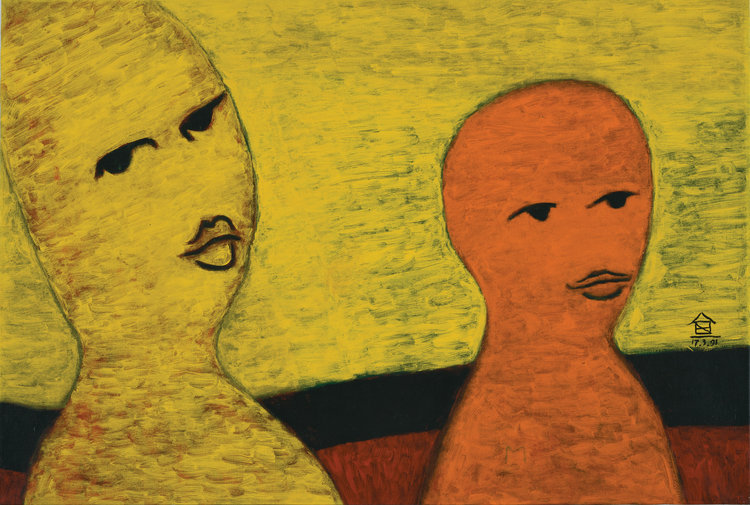 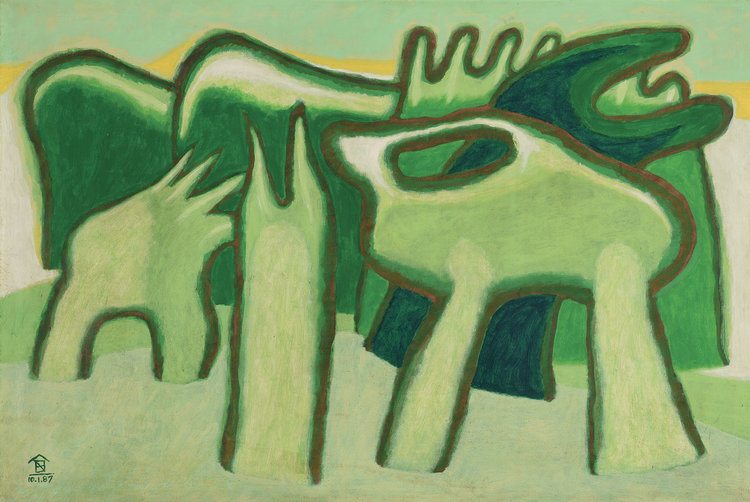 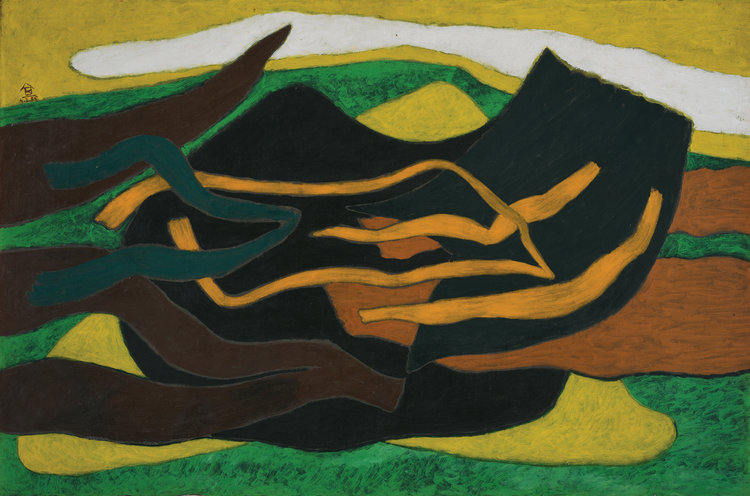 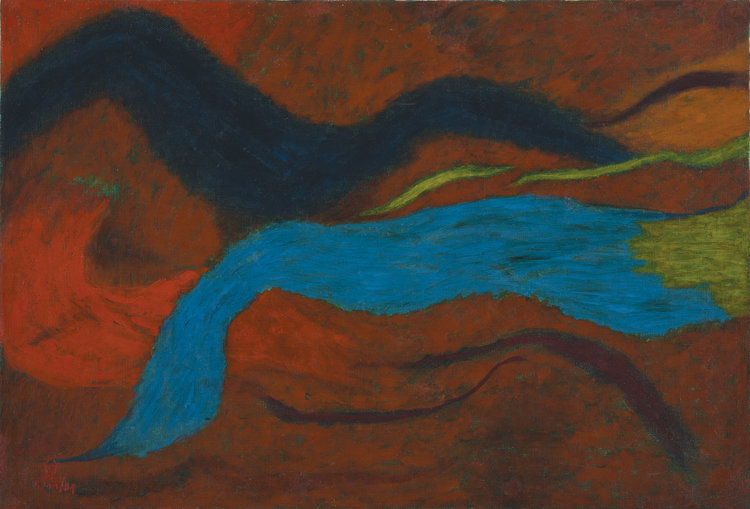 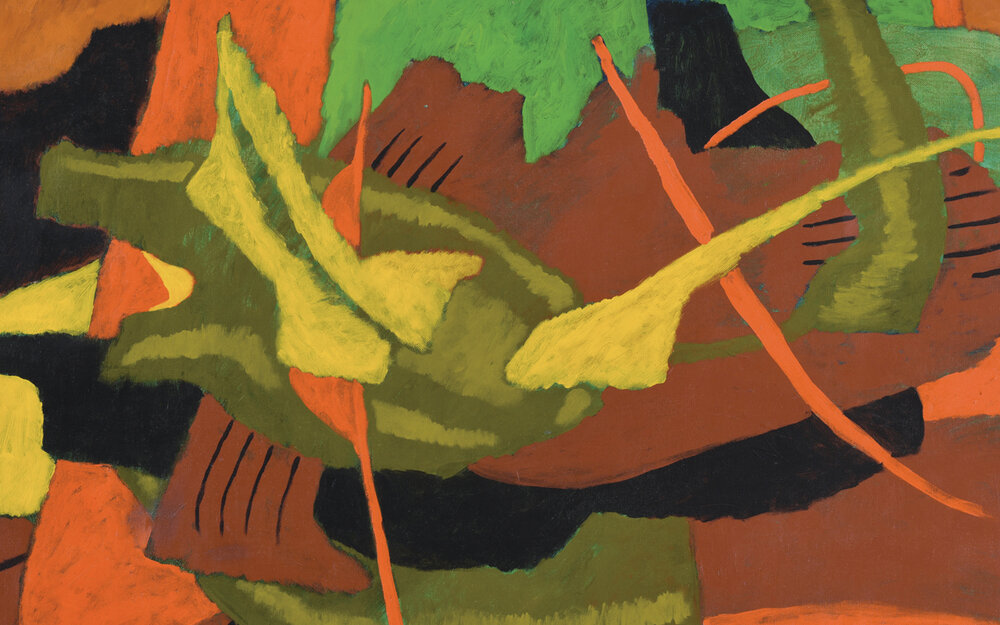 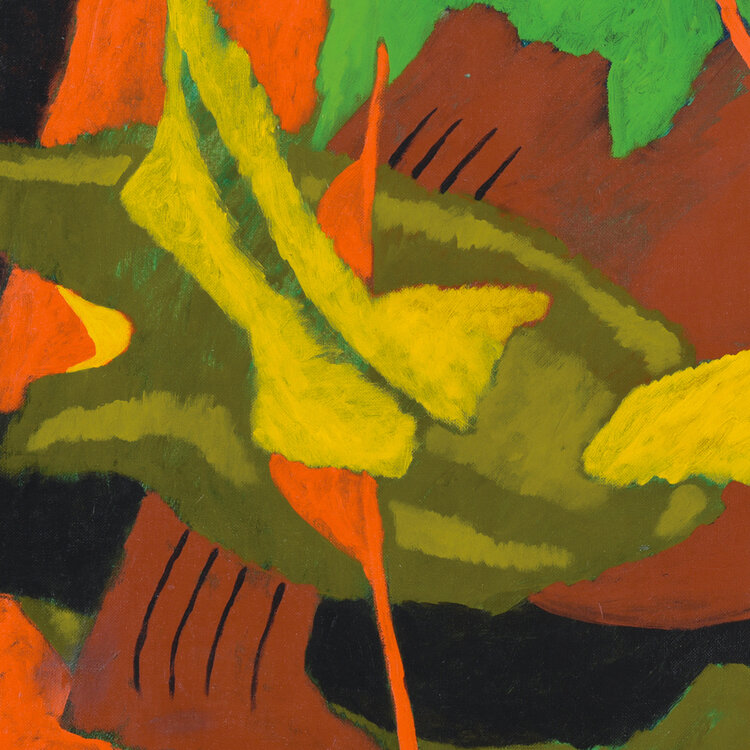